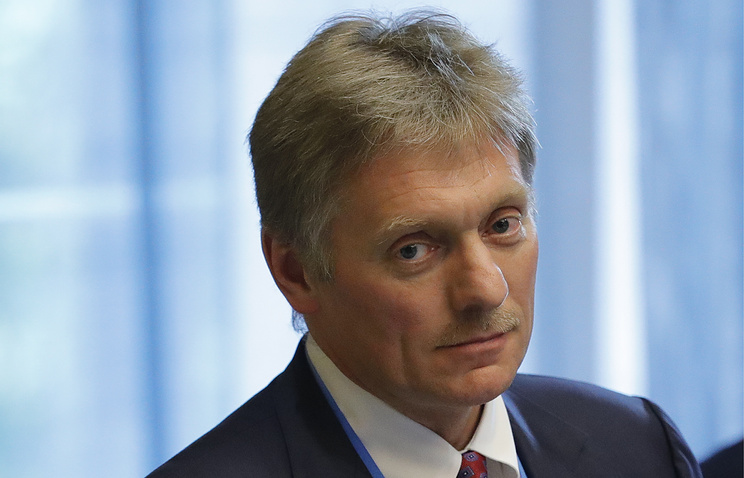 SOCHI, may 17. /TASS/. The Kremlin does not intend to interfere in the implementation of the project of renovation of the housing stock in Moscow, despite the different opinions around this program. The journalists said the press Secretary of the President Dmitry Peskov.

“It’s not a question of the Kremlin’s agenda,” he said. “It’s city business”, – said Peskov.

He also said that Moscow authorities readily accept criticism of the capital’s residents about the renovation program.

“There are certain things, certain criticism of the Muscovites, who readily perceived the Moscow authorities,” – he said. “All the legislative work associated with the implementation of this project takes into account the opinions of Muscovites,” – said Peskov.

“City hall has shown a willingness to take into account all comments”, – said the press Secretary of the President, noting that the renovation “is a very large, very positive project.”

Earlier the mayor of Moscow Sergey Sobyanin said that the Moscow authorities will pay special attention to all meaningful statements made on 14 March at a rally against the renovation in the center of Moscow.

On renovation was announced in early 2017, when the Russian President Vladimir Putin instructed the mayor to demolish all the so-called Khrushchev in the capital, and in their place to build new homes. The program is designed for at least 10-15 years. According to preliminary data, initially we are talking about 25 million square meters of housing.

While in the list for voting residents, which will be held from 15 may to 15 June, and 4.5 thousand houses instead of the almost 8 thousand houses, which are home to 1.6 million people. In early March in the state Duma introduced a bill regulating the procedure of renovation of five-story housing in the capital.

On 20 April, the document was adopted in the first reading. Speaker of the state Duma Vyacheslav Volodin proposed to postpone the second reading of the bill until July. On Tuesday, may 16, the Duma Council decided to move it to July 5th.