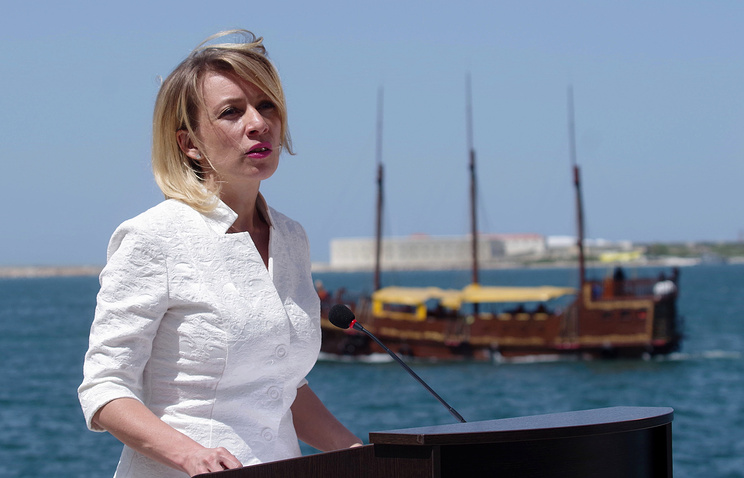 MADRID, may 17. /Offset. TASS Ekaterina Vorobyeva/. The official representative of Russian foreign Ministry Maria Zakharova drew attention to the fact that NATO does not consider it necessary to protect Spain against terrorism. She stated this in an interview with reporters in Madrid.

Commenting is scheduled for early June visit to Russia of Minister of foreign Affairs and cooperation of the Kingdom of Alfonso Dastis Casado, Zakharova stressed that Russia “appreciates the dialogue with Spain, including the fact that he is not interrupted, even in the presence of complex issues of the Madrid open to dialogue, as well as Moscow”. “As for the direction of troops of Spain in NATO structures that are deployed in the Baltic States – it does not matter to Russia, and to Spain, as Spain it is necessary and in its interest,” said foreign Ministry spokesman.

“When in history did the Spanish people defend themselves against Russia?” – contacted Zakharov to the inhabitants of the Iberian Kingdom. “No. And I think that’s the answer most people in Spain who know the history and understand the current processes,” she said.

“But Spain facing such an enemy as terrorism and international terrorism, she said. But for some reason, NATO does not consider it necessary to protect Spain against terrorism”. “I have not heard about any specific action or plan to combat international terrorism by NATO, which worked successfully, – said Zakharov. – What is the big question: an organization that has a stated goal of the cooperation and Euro-Atlantic security, not engaged in this security, it deals with imaginary, virtual threats.”

“International attention is distracted from the real threats that are replaced by imaginary, – said the official representative of the foreign Ministry. – Instead of having to unite in opposition to Islamic state (a terrorist group banned in Russia – approx. TASS) and international terrorism, we are trying to divide, coming up with mythical stories about the Russian hackers who allegedly interfering in the elections.”