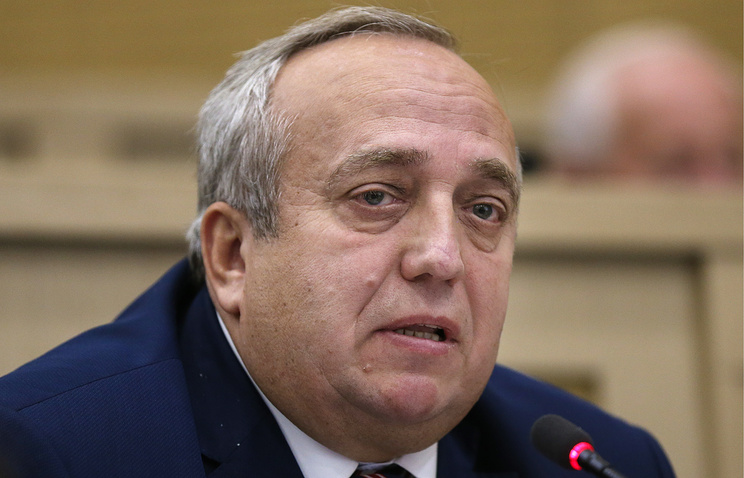 MOSCOW, may 18. /TASS/. Certain circles in the United States are doing everything to Russian-American relations with the arrival of President Donald trump has not returned to normal, and prepare the way for his impeachment. This opinion was expressed to journalists by the first Deputy head of the Federation Council Committee on defense and security Frants Klintsevich.

“Are there any real chances that Russian-American relations with the arrival of trump finally came to normal? I’m not sure. If there are, the minimum” – quoted Klintsevich his press service.

“But certain circles in the United States is doing everything to exclude them in principle. They do not need any surprises, and they will not stop before anything. You have to be blind not to see: preparing the ground for impeachment of the President,” says the Senator.

According to him, attacks the American establishment and the press on trump’s mainly due to the fact that it does not suit them mentally.

“The current occupant of the White house really different: emotional, largely unpredictable, and often outgoing in his decisions of ordinary human feelings, that is not accepted in the United States, and the elite of this country are still lost in conjectures what course will be done by the President. This applies primarily to American foreign policy, more than a dozen years have sharpened the confrontation with our country, whether the Soviet Union or the modern Russia. And here, they say, nothing personal. Just the business interests of the military-industrial complex and affiliated intelligence agencies,” – said Klintsevich.

The Senator stressed that he is not going to give any rating to the new US President, especially his attitude toward Russia “remains a mystery”. “But anyway all this pandemonium launched against trump in the United States, seriously affect the situation in the world, and therefore we have every right to Express their point of view,” – said Klintsevich, commenting on trump statements that to him and more unjust, than the rest of the presidents of the United States.