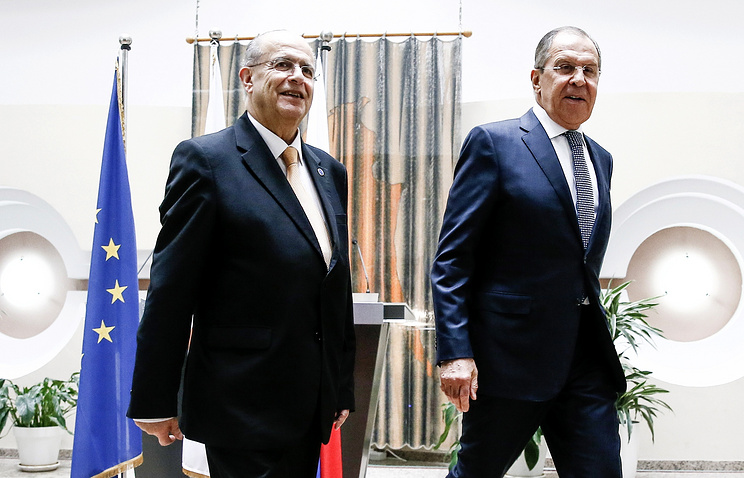 NICOSIA, may 18. /TASS/. Russian foreign Minister Sergei Lavrov sees no secret that the President of the United States, Donald trump has shared information about the possible strengthening of aviation security measures in the fight against the terrorist threat. This statement he made after talks with the foreign Minister of Cyprus Ioannis Kasoulides.

“If I remember correctly, about two and a half months ago, the administration of Donald trump has officially decided to ban passengers from seven countries in the middle East region to carry any electronic device on Board the aircraft, and this was directly due to the terrorist threat, the Minister said. – If this is it, what is the secret here, I don’t understand.”

Earlier the assistant to trump national security Herbert McMaster at the briefing that trump did not commit any violations, sharing with Lavrov the data that are relevant to the fight against terrorism, namely, information about a possible ban to bring laptops into the cabin of the aircraft arriving in the U.S. from European countries. A similar rule, States have already introduced at the end of March in respect of flights from 10 major international airports, located in Jordan, Egypt, Turkey, Saudi Arabia, Morocco, Qatar and the United Arab Emirates.

As reported, Washington fears that passengers from these countries can carry on Board explosive devices under the guise of computers. According to McMaster, none of those who were present at the meeting may 10 meeting, “did not feel that there had been any wrongdoing”. The presidential aide also described the conversation with Lavrov as “routine exchange with the leaders with whom he (trump) is interacting”.

On Monday, the newspaper The Washington Post that trump could share with Lavrov and Russian Ambassador in Washington Sergei Kislyak top secret information about the group “Islamic state” (IG, is prohibited in Russia). Trump, commenting on the publication, said that as head of state had the right to share information with Russia. He added that the data he provided the Russian representatives, will contribute to the fight against terrorism, in particular ISIS.