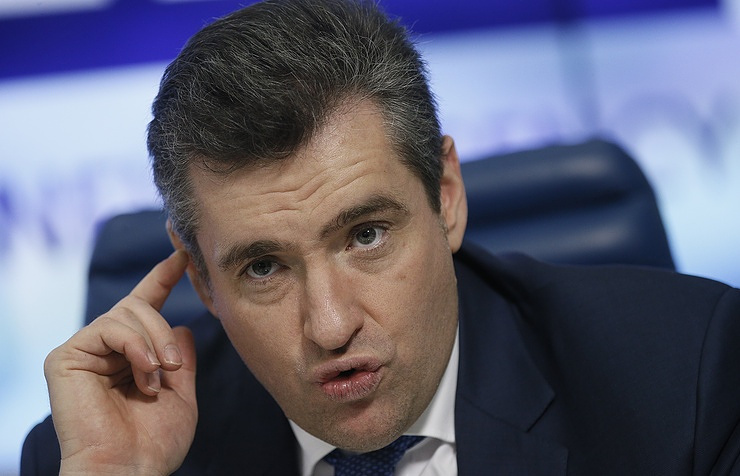 MOSCOW, may 19. /TASS/. New blow for coalition headed by the USA with Pro-government forces in Syria says about the destructive position of Washington, undermining the possibility for counter-terrorism cooperation in the region. The journalists said the head of the Duma Committee on international Affairs Leonid Slutsky.

“The new US attack on government forces in Syria is a continuation of the destructive policy pursued by Washington, which began with a provocation in Idlib and attack Syrian airbase in the province of HOMS,” – said Slutsky. According to him, “of course, such actions speak about the unpredictability of the American partners, which, of course, complicates the negotiating process on the Syrian settlement, including the agreement on the full resumption of the Memorandum of Russia and the USA on the prevention of air incident in Syria.”

“Such unilateral steps undermine the possibility of effective cooperation and coordination on combating international terrorism in Syria”, – stated the head of the Committee. He added that “while Russia is making huge efforts to keep the ceasefire in Syria, the United States for its actions weaken the position of forces fighting with the Islamic state and “Dzhebhat EN-Nusra” (a terrorist organization banned in Russia) and actually “play into the hands of” these terrorist groups”.

Informed that the air force international anti-terrorist coalition headed by the USA attacked by squads of Pro-government forces in Syria, which operated within the specified zone, de-escalate North-West of the city of al-TANF. As stated in the headquarters of the coalition, these groups “represented a threat to the US and its partners.”

The delegations of Russia, Iran and Turkey during the talks in Astana on may 3-4 agreed to create four zones of de-escalation in Syria. The agreement provides that from may 6 in these zones, a ban on military activity, including aviation. The instrument is designed for six months and may automatically be renewed for the same period.