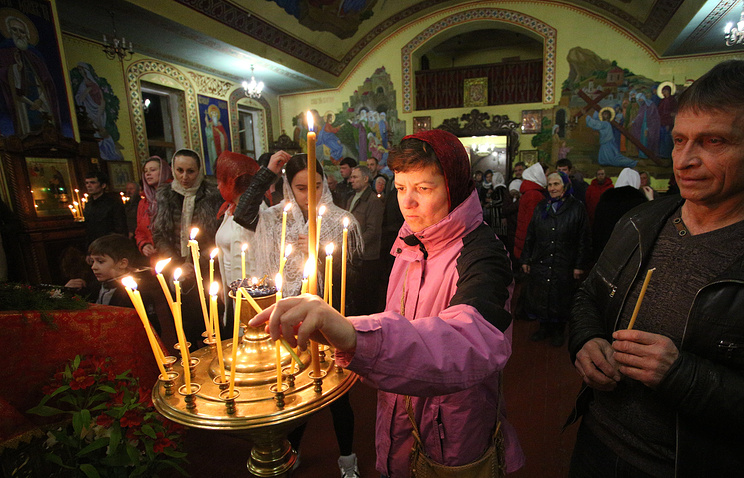 SOCHI, may 18. /TASS/. The Kremlin considers inadmissible acts aimed against the interests of the ROC in Ukraine. This was stated to journalists the press-Secretary of President Dmitry Peskov, when asked to assess the bills that are considered by the Verkhovna Rada of Ukraine and which put the Church under state control, and the Ukrainian Orthodox Church (UOC) “torn off” from the Moscow Patriarchate.

The Patriarch of Moscow and all Russia Kirill on the eve appealed to the leaders of the countries “Norman Quartet” with an appeal to prevent discrimination against the Orthodox in Ukraine, which may arise in the adoption in Parliament of bills aimed at granting the state control over the Church.

The Verkhovna Rada of Ukraine are bills that will put the Church under state control, and the Ukrainian Orthodox Church (UOC) “torn off” from the Moscow Patriarchate. More than 300 thousand Ukrainians have subscribed under the requirement to prevent the adoption in the Parliament of these bills. May 18, Parliament was to consider these documents, but the question was removed from the agenda.