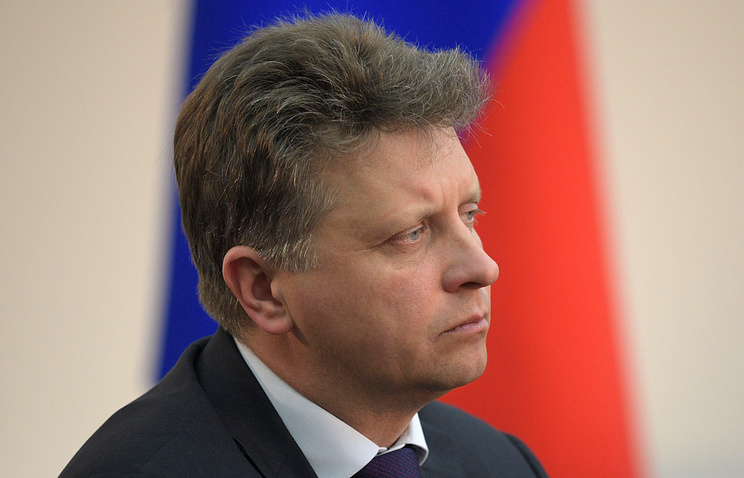 ROSTOV-ON-DON, may 19. /TASS/. The Ministry of transport and the international civil aviation organization (ICAO) at the St. Petersburg International economic forum will hold talks on the occasion of conducting missile firing exercises of Ukraine near Crimea. This was reported to journalists by the RF Minister of transport Maxim Sokolov.

“Indeed, we interact with our international organization (ICAO – approx. ed.) and at the St. Petersburg economic forum, Executive Director of the ICAO Ms. Fang Liu will participate, and we will continue the negotiations, including on this issue”, – said the Minister, answering the question whether Russia to insist that the ICAO has taken action against the Ukraine after she conducted a training missile firing near the Crimea.

In December 2016 Sokolov said that Russia has adopted all necessary countermeasures, and that he had written to the President of the ICAO (international civil aviation organization ICAO – approx. ed.) a letter about the situation with Ukraine’s plans to carry out shooting in the airspace near Crimea.

1 Dec Armed forces of Ukraine (AFU), held a training missile firing over the water area of the Black sea near Crimea. APU initially planned exercises in the sovereign airspace of the Russian Federation, Ukraine but later shifted the trajectory of the firing to the West of the Peninsula. In response, Russia has adopted all necessary measures in connection with plans of Ukraine to conduct firing in the airspace near Crimea.

In January 2017 the units of air defence of Ukraine conducted exercises with the use of simulation purposes in the Kherson region bordering Crimea.