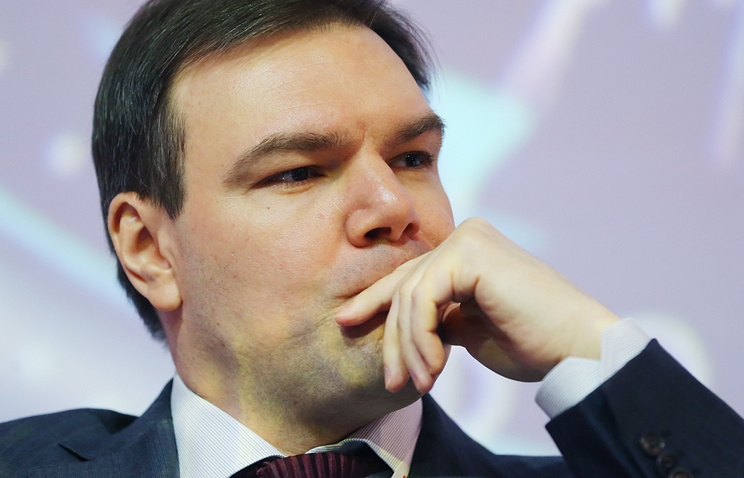 MOSCOW, may 19. /TASS/. The state Duma discussed on Friday the report on the activities in Russia of the American media and came to the conclusion that they are making attempts to interfere in the internal Affairs of the Russian Federation. To explore this question at Okhotny Ryad invited the head of the FSB Alexander Bortnikov, the parliamentarians also intend to establish a special Commission to investigate the facts of such interference.

At the beginning of the plenary meeting the head of the Duma Committee on information policy, information technologies and communications Leonid Levin presented a report on the activities of Russian American media for compliance with the Russian legislation.

This report was prepared by the Committee in March on behalf of the state Duma, in fact, in response to a proposal by the American democratic Senator Jeanne Shaheen, which demanded an investigation against Russian broadcaster RT. Politician suspected multilingual TV channel, a leading broadcasting on the whole world, including the United States, in violation of us law on registration of foreign agents.

As explained by Levine, the subject of analysis was the work on covering the electoral campaign for the state Duma elections in 2016 from the Russian editions of the radio station “Voice of America”, “Radio Liberty”, as well as CNN.

Deputies came to the conclusion that “these media, to disseminate information on the territory of Russia, are part of a large-scale system of U.S. influence on the internal political situation in Russia, in particular, act in cooperation and coordination with various foundations and NGOs that are “foreign agents,” said Levin. In addition, he said, “was awarded the action for the coordination of content distribution of American companies, members of the Ministry of defense and the Department of state (US)”.

Levin noticed that the air in these media, there were cases of massive publications that cast doubt on the democratic nature of the electoral system in Russia, speaking about the predetermination of election results on the use of administrative resources. “Positive publications was only 2%, openly negative, 43%, and conventionally neutral – 55%. Positively mentioned only two parties – Yabloko and PARNAS. Sources of information: in most cases it was the opposition, negative attitudes towards the electoral process experts, the result gave a picture of different shades of one point of view, eliminating the idea of different opinions” – cited examples the head of the Committee.

Thus, concluded Levin, “during the election campaign for elections to the Russian Federal Parliament last year mentioned the radio station, functioning at the expense of the US budget, under the guise of journalism engaged in one-sided propaganda and disorientation of the electoral process in Russia”.

The report gives an idea about how the budget had the American media for their activities. According to the announced Levin reports, the Board of governors on issues of broadcasting (BBG, Broadcasting Board of Governors) of the United States in 2016 got 160 million dollars to the opposition in the information sphere “Islamic state” (is Russian terrorist group) and “the Russian information influence.” Referring to the opinion of experts, the Deputy noticed that the fact of consideration in a number of international terrorists and the official Russian media “says about the purpose and the position of the U.S. government.”

How to resist the influence

Based on the data of the report, the parliamentarians came to the conclusion that a given in American media interfered in Russian domestic Affairs, and proposed to establish a special Commission to investigate the facts.

“From our point of view, was open for the intervention of these public (American) media in the internal Affairs of the Russian Federation”, – said the first Deputy Chairman of the Duma’s United Russia Andrei Isayev.

“Now is the investigation of our alleged interference in the American elections. If they have reason to investigate the Russian intervention in the American elections, we especially have reason to create a Commission to investigate the facts of American intervention in the internal Affairs of the Russian Federation”, – said the head of the Duma Committee on education, United Russia, Vyacheslav Nikonov.

According to Levin, would require further discussion and legal status of some U.S. media, in particular, “Radio Liberty” and “voice of America” operating in Russia in the Russian language. According to him, they are not registered in Russia as mass media, they are accredited by the Ministry of foreign Affairs of the Russian Federation, which gives them the opportunity to attend various events, including in government. “But that’s a good question due to the fact that when talking about foreign media broadcasting in their own languages at the foreign Ministry, it’s understandable. When it comes to foreign media broadcasting in Russian, why they are registered at the Ministry of foreign Affairs, not in Roskomnadzor, this is a question that requires further discussion, I have no answer for him,” said Levin.

However, he stressed that in General, Russia’s position is that “we don’t restrict the media and freedom of speech, which under the Constitution is sacred.” “We are talking about compliance with the Russian legislation”, – said the head of the Committee.

Levin is convinced that it is necessary at the international level to develop common principles of interaction in the information sphere and in the sphere of the Internet.

The discussion is not over

The discussion attempts to alter the American media in the Russian political life will soon be continued with the participation of representatives of the law enforcement system of the Russian Federation, including the head of the Federal security service (FSB) Alexander Bortnikov. As the speaker of the state Duma Vyacheslav Volodin, the Director of the FSB will be invited to appear before MPs on the subject in June or July.

According to Volodina, the question raised at the plenary on Friday, “is worth it to continue to consider.” “In a closed meeting we will get additional information and discuss the information given in all the speeches,” he confirmed.