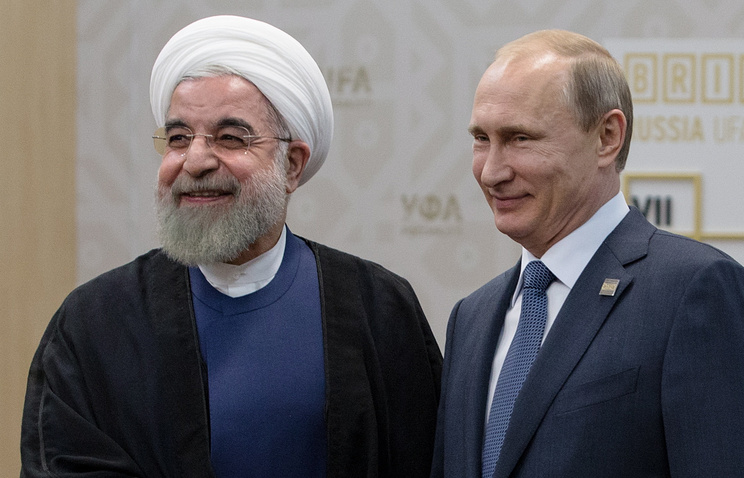 MOSCOW, may 20. /TASS/. The President of Russia Vladimir Putin sent a congratulatory telegram to Hassan Rouhani on the occasion of the convincing victory on elections of the President of the Islamic Republic of Iran. This was reported by the press service of the Kremlin.

“The Russian President confirmed the readiness to continue active joint work on further development of Russian-Iranian partnership as at the bilateral and international agenda”, – stated in the message of press-service.

In the congratulation the President of Russia also expressed confidence in further successful implementation of the agreements, including those reached during the recent official visit of Rouhani to Russia, in the interests of the friendly peoples of the two countries, in line with efforts to maintain stability and security in the middle East and the world in General.