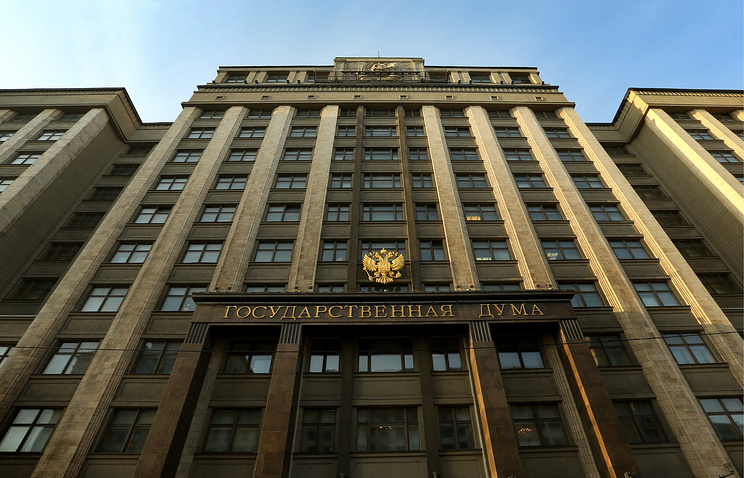 MOSCOW, may 19. /TASS/. The state Duma adopted in the first reading a package of bills providing for the abolition of the decision on admission to Russian citizenship for those convicted of terrorism. The authors of the initiative were made by the Chairman of the lower chamber Vyacheslav Volodin, his first Deputy Ivan Melnikov, Vice-speaker Irina Yarovaya, the Chairman of profile Committee on state construction and legislation Pavel Krasheninnikov and the leaders of all four Duma factions.

The bills clarify the basis on cancellation of decisions on reception in citizenship of the Russian Federation. In the current legislation, as explained by Krasheninnikov, a number of requirements for those wishing to obtain Russian citizenship, one of which is “to observe the Constitution and the legislation of the Russian Federation”. “The decision on the acquisition of Russian citizenship is subject to cancellation if the applicant has presented false documents or obviously false data that should be confirmed in a judicial order”, – said the head of the Committee.

The bills provides that “giving false information could be abuse by a person of the obligation to comply with Russian legislation, if the purpose of the acquisition of citizenship was the implementation of activities against the constitutional order of the Russian Federation”. Such, stated in the explanatory Memorandum, “is the Commission of a crime, the preparation and attempted crime of terrorist or extremist”.

“At the same time an effective court sentence for committing these crimes would be grounds for cancellation of the decision on acquisition of citizenship,” – said Krasheninnikov.

The accompanying bill proposes to enshrine in the code of Criminal procedure of the Russian Federation the mechanism of cancellation of the decision on acquisition of citizenship of Russia if it was made on the basis of false information in respect of the obligations envisaged in the law.

“Entered into legal force court verdict in connection with the Commission of crimes of terrorist and extremist is equivalent to the establishment court of the fact of the communication of false information”, – stated in the explanatory Memorandum. A copy of the judgment will be sent to the authorities in charge of Affairs about citizenship of the Russian Federation.

In turn, as said the first Deputy head of the faction “United Russia” Andrei Isayev, “we are not talking about those citizens who received citizenship by birth”. “These citizens, no matter what crime they have committed, and will remain in compliance with the Constitution of the Russian Federation Russian citizens”, – said the Deputy.

This, according to him, those who acquired Russian citizenship. “I want to note that today these people, some of these people may be deprived of citizenship. Agree, if people come to our country, said he wanted to become a citizen of the Russian Federation, but at the same time engaged in terrorist activities, he lied to our country,” – said Isayev.