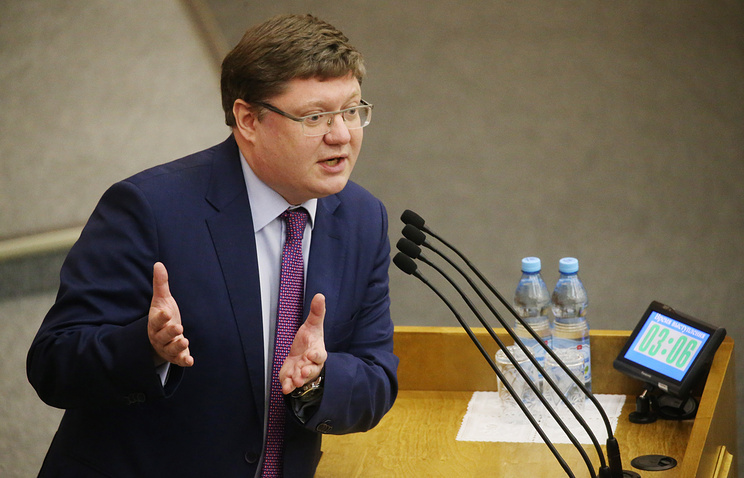 MOSCOW, may 21. /TASS/. First Deputy head of the faction “United Russia” in the state Duma Andrey Isaev has called on the leadership of the international anti-corruption organization Transparency International to make a decision on dismissal of the Deputy General Director of the Russian branch of the Ilya Shumanov. This Isayev told reporters.

Earlier, the Deputy, ex-Prosecutor of the Crimea Natalia Polonskaya, head of the Duma Commission on control over reliability of data on incomes, about property and obligations of property character represented by deputies, proposed to carry out anti-corruption check of Fund of struggle against corruption Alexei Navalny and the Russian branch of Transparency International. Shumanov in response to this statement was written in Facebook that they “wanted to relax a bit, and instead, you have to cut the investigation into Madam ex-Prosecutor”.

“Mr. Schumann, in my opinion, acting completely inappropriately. It would be right and I would recommend to do it manual with Transparency International to remove him from office as quickly as possible, to enable the organization to save face,” – said Isayev.

The MP said it is unacceptable that “in response to legitimate the proposal of the Deputy to check a public organization, the answer is blackmail and stupid threats.”

The parliamentarian expressed confidence that “the organization, which considers itself authoritative in international circles, should pay attention and draw conclusions from the fact that the representative is behaving on the principle of “the fool”. “This is neither a sign of the mind, nor the knowledge of the Russian legislation. That is, the organization obviously a big problem, first and foremost with the fact that there are inadequate people,” – said Isayev.

He noted that Poklonski is a Deputy of the state Duma and absolutely has the right to appeal to law enforcement bodies with the request to check any organization against whom any doubt exists. “A statement that they now check the response of the Deputy of the State Duma, and look ridiculous and silly, and obscene,” concluded the first Deputy head of the faction.