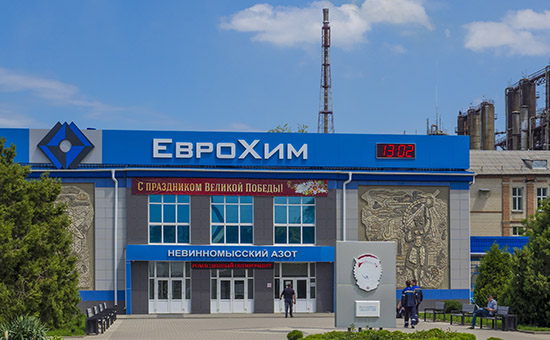 Large fertilizer producer EuroChem aims to challenge anti-dumping duties of Ukraine on the import of carbamide and carbamide-ammoniac mix from Russia. Ukraine introduces of 31.84 per cent duties to protect their producers, “from the dangerous dependence on supplies from Russia”

The Ministry of economic development and trade of Ukraine reported on Friday on the renewal of anti-dumping duties on imports from Russia of certain types of nitrogen fertilizers — urea and urea-ammonium mixtures. Duty of 31.84% will be operational after the publication of the decision of the office in the official newspaper of the Cabinet of Ministers. The main supplier of carbamide in Ukraine “EuroChem” Andrey Melnichenko intends to challenge the fee, said his spokesman. The company owns the distribution network in the Ukraine, considers this measure to be illegal and intends to appeal to the Ukrainian courts, he added.

“Deliveries of Russian products will be replaced by imports in the distribution network of EuroChem from other regions of the world, as all enterprises of Ukraine, producing fertilizer for supply of the domestic market, at the moment stopped and plans to launch them there. And the agrarian market of Ukraine, which grew last year by 30%, requires the supply of large amounts of fertilizer,” said a company representative.

According to him, for five years, EuroChem annually supplied to Ukraine about 1 million tons of urea, including 800 thousand tonnes of its own products. These volumes are provided with a wide distribution network in the Republic, which “EuroChem” was developed more than ten years. The company further plans to maintain a similar volume of deliveries with a small increase.

The interdepartmental international trade Commission of the country on April 13 started anti-dumping investigation concerning import of a carbamide from Russia, reports “Governmental courier”. Initiated investigations against import of urea and its mixtures with ammonium nitrate (UAN) from Russia was the company of Ostchem Group DF of Dmitry Firtash, whose factories are the largest producers of nitrogen fertilizers in Ukraine, reports “Interfax”. According to Ostchem, after the introduction by Ukraine of protective duties on nitrate in 36.03% of the Russian manufacturers began to actively bring into the country nitrogen fertilizer instead of nitrate.

“The main conclusions of the Ministry of economic development on the results of anti-dumping investigation concerning import into Ukraine of certain types of nitrogen fertilizers from the Russian Federation indicate the existence of dumping. Also, the findings indicate that the import of Russian fertilizer to Ukraine at dumping prices to the detriment of domestic producers of chemical fertilizers also threatens the country’s food security. Given that Russia is the main supplier of fertilizers to Ukraine (80-90% of the total), imports at dumping prices puts Ukrainian farmers in a dangerous dependence on their supplies in the future” — said the Ukrainian Ministry of economic development and trade on results of the investigation.

According to analyst IK “URALSIB” Denis Vorchik, from the new anti-dumping duties will hurt Ukrainian farmers — consumers of fertilizers. This measure is certainly beneficial to Ukrainian producers, whose prices are higher than Russian suppliers.

Historically, Ukraine was a major exporter of urea, commented the representative of another major Russian producer of urea — the company “URALCHEM”. Capacity for the production of fertilizers amount to about 4.5 million tons per year, since production in the zone of conflict, and about 2.7 million tons — excluding, he said. “In recent years, nitric production in Ukraine often stops due to interruptions in gas supplies, but also because of the accumulated debt for gas. This circumstance has created for Russian exporters a temporary place on the local market,” he said.

In the structure of exports of urea, the company “URALCHEM” Ukraine’s share in 2016 amounted to 7% of the total in 2016 of 1.16 million tonnes, said its representative. While the global market for urea is more than 40 million tons per year.

According to the representative of URALCHEM, a relatively small amount of urea supplied to Ukraine, can be redeployed to other markets, including the US market, which in December 2016, as passed RIA “Novosti”, have struck down similar duties for Russia. At the same time, he believes that the U.S. market currently is not attractive, since running a large number of new nitrogen plants in the country in recent years has caused oversupply in the local market, which leads to increased competition and lower prices.

New duties on Ukrainian carbamide — not the first protective measures against Russian producers of fertilizers. 27 Dec 2016 Ukraine imposed duties on imports of urea according to the results of anti-dumping investigation, said the Ukrainian government. In February 2017 the duty abolished after the request of the Ministry of agrarian policy and food of Ukraine to terminate the duties on spring field work.