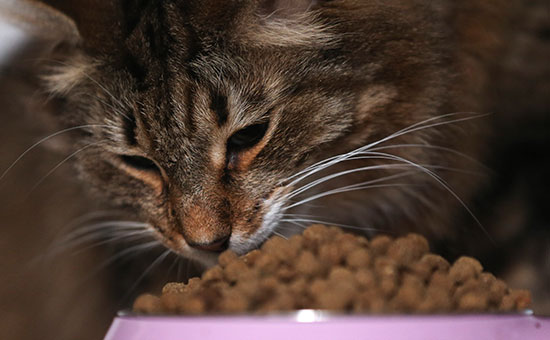 Manufacturers of forages for Pets has warned the Ministry of agriculture about the possible consequences of restriction of import of meat and bone meal from the EU. It threatens the fall of the market, the closure of export and growth of prices

A letter to the Deputy head of the Ministry of agriculture Yevgeny Nepoklonov was written by the Association of manufacturers of forages for Pets, combining (Mars brands such as Pedigree, Whiskas), Royal Canin, Nestle (Purina, Felix) and Aller Petfood, according to the newspaper “Kommersant”. The authors of the message indicates the stop of the supply of meat and bone meal from the European Union will lead to the suspension of the operation of a number of platforms, reduction of 700 people and the market declines by a third.

The reason is that 50% of the annually used by manufacturers of meat and bone meal accounted for by the country in respect of which discusses the prohibition of the Ministry of agriculture.

Manufacturers warn that one of the negative consequences of restrictions will be a complete cessation of the export of Russian goods to CIS countries and far abroad, which will lead to not receiving Federal and regional budgets about 5 billion rubles per year.

The authors of the letter indicate that you will not be able to increase purchases of Russian flour, as for the production of pet food quality improper. The transition to markets in Latin America prevent the problem of quality of flour and the need for long networking supplies with no guarantee of a positive result.

With claims of food manufacturers did not agree in the meat industry. So, the President of the Meat Board of common economic space Mushegh Mamikonian indicated that meat and bone meal in the EU and Russia are produced on the same equipment.

May 17, “Kommersant” reported that the idea of banning imports of meat and bone meal from Europe was discussed in the Ministry of agriculture. One of the reasons for it is called the unresolved issue with the veterinary safety in the EU.