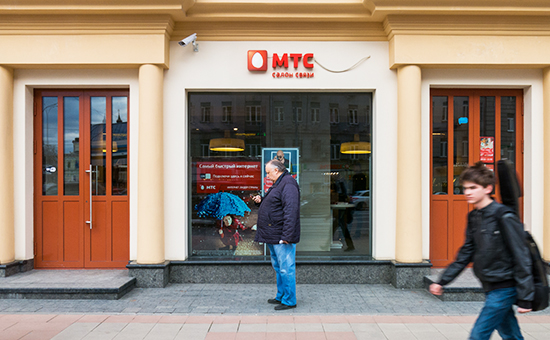 MTS reported an increase in sales of SIM cards and applications for the transition of subscribers to the company save mobile numbers from other operators after a catastrophic failure on the network “Megaphone”. According to the company, in Moscow, the sale of SIM cards has increased two times, in the Volga region — five times

The official representative of MTS Dmitry Solodovnikov told RBC that the sales of MTS in Moscow and in the Volga region has increased over the past three days.

“The sale of SIM cards MTS on Friday, may 19, in Moscow has increased in two times, in the regions of the Volga region we recorded almost a fivefold increase in sales of SIM cards. Also on Friday, and a weekend in retail of MTS increased demand for the MNP (the transition of subscribers to another operator preserving mobile numbers. — RBC)”, — said Solodovnikov.

On Friday, may 19, from 12:00 GMT subscribers of “Megaphone” in Moscow and some large cities of the Volga region, in particular in Ufa, Samara and Nizhny Novgorod, began to complain of problems with voice and other services. According to customers, the link disappeared and reappeared, the company reported a decline in “the success of a dialler” by 30% and was advised to use messenger to make calls.

According to the statistics of the FSUE “ZNIIS”, which keeps a database of ported numbers, Friday, Saturday and Sunday in Russia was filed a little more than 39 thousand applications for the MNP service. For comparison: on Friday, Saturday and Sunday during the week from 8 to 14 may, there were 35 thousand applications for change of operator with the retention of a mobile number. The representative ZNIIS refused to disclose from whom to whom passed subscribers.

The operator could restore normal operation of the network only after 22:00 GMT. The accident was the largest in the history of “MegaFon”. As explained by the representative of the company, the problem arose from the update software installed in the data processing system from Hewlett Packard Enterprise (HPE). The General Director of “MegaFon” Sergey Soldatenkov has promised to pay compensation “to customers who have been affected by the accident” but did not specify its size, to whom it will be provided and on what basis.

A subsidiary of MegaFon, Scartel, which provides mobile services under the brand Yota on the network “Megaphone” promised that it would pay subscribers up to 20 million rubles of compensation due to a failure on the network in the form of discounts on telecommunication services. “We select individually the compensation for each client, which is faced with the problem of 19 may,” he said.

What will be the compensation, to whom it will be provided and on what basis is not yet known. The operator promised to provide details in the beginning of the work week.