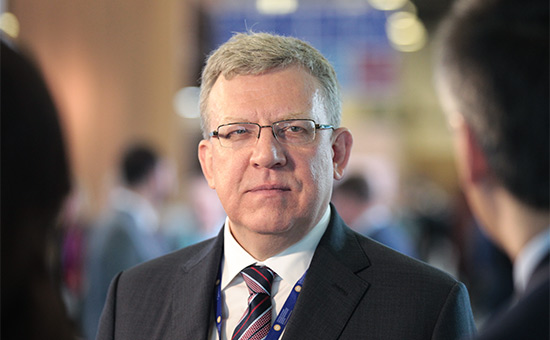 The head of the Center for strategic research warns that the implementation seems to be promising a quick profit, “simple solutions” can significantly hamper the development of Russia’s economy

The strategy of development of economy of Russia cannot be included measures for short-term positive effect and thus hinder the healthy development, said the former head of the Ministry of Finance and now head of the Center for strategic research (CSR) Alexei Kudrin.

“A clear need for acceleration of economic growth of Russia leads to the emergence of different recipes for its implementation. Unfortunately, some authors proposed different ideas are not only not worked, but when trying to implement them, has considerably complicated the solution of the main task — ensuring long-term sustainable development of our country,” Kudrin wrote in his column in “Kommersant”.

Speaking about the threat of the attractive “easy solutions”, the former head of the Ministry of Finance debunks five “myths”, the epitome of which, according to Kudrin, is the greatest threat to the country’s economy.

Among these “myths” Kudrin considers, in particular, statements about the benefits of returning to the regulated exchange rate of the ruble and even its fixation on the lower level. According to supporters, this measure would strengthen the positions of Russian producers working on a strategy of import substitution.

“Although the regime of adjustable exchange rate may briefly to provide the illusion of stability, in the medium term it is likely to lead to a balance of payments crisis,” warned Kudrin.

Threat Kudrin said the use of Russian Central Bank policy of quantitative easing. The head of the CSR notes that in those countries where this policy is used, it was introduced under the threat of deflation, while in Russia provide additional liquidity on favorable terms will accelerate inflation and will increase pressure on the ruble.

“Proposed by some authors address the use of such emission — limitation in order that it can be spent, — will not save. Even if we assume that initially all issued by the Central Bank loans will be spent in strict accordance with the investment requirements in the second step, they will still be on the currency and consumer markets — through the payment of wages, payment of contractors, purchase of equipment and so forth,” — said Kudrin.

Another way to accelerate economic growth is the expansion of money supply, which would pump money into the economy and increase the availability of loans, including long-term. However, according to Kudrin, the increase in the monetary base could increase consumer prices, but a positive effect in lending is not guaranteed.

“Today, short-term lending dominates in Russia because of the uncertainty of macroeconomic conditions, high inflation, poor investment climate and underdeveloped financial institutions. Our relatively low level of monetization is not the reason for the weakness of the financial system, and its consequence,” — said Kudrin.

The number of invalid measures, the head of CSR attributed the accelerated decline in interest rates with the purpose of the commissioning idle at present, the production capacity. According to supporters of the measure, it would accelerate GDP growth, but Kudrin is sure that spare capacity in the industry, not so much for the sake of stimulation they use to go to the overall inflation acceleration.

The head of CSR is also convinced of the inadmissibility of refusal of the Central Bank from inflation targeting, insisting on non-monetary methods, such as restriction of tariffs of monopolies.

Previously criticizing the ongoing management of the Bank of Russia monetary policy and the proposed measures Kudrin repeatedly made by the Russian presidential adviser Sergei Glazyev proposed, in particular, to fix the exchange rate and for several years to keep it at a “reasonable level”.

Glazyev said that the economy is “off the growth trajectory and fell into a crisis” due to “gross errors” of the Central Bank, and to launch the “economic miracle” would be sufficient to carry out the issue, ensuring the inflow of funds into the real sector of the economy. According to Glazyev, in this approach, the GDP of Russia “objectively need” to grow by more than 7% per year, and the level of industrial production is not less than 10%.

CSR is developing a strategy of reform until 2024, the document will be submitted in may of this year.