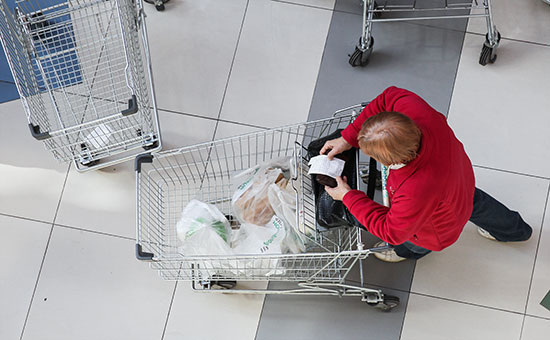 In April, real incomes of inhabitants of Russia continued its decline and fell by 7.6%, corresponding data was published by Rosstat. The figure from October 2014 showed positive dynamics only once

Rosstat reported on the next the fall in the real disposable incomes of Russians. In April, according to the Agency, to 7.6% yoy, according to Rosstat (pdf.).

Thus in four months the income of the population of Russia fell by 2.2% and on a monthly basis, by March, even increased by 2%.

In General, the average income per capita in annual terms in April decreased by 3.1%. Last month they accounted for 30 493 RUB.

Average monthly nominal wage in April was 39 253 rubles. And this amount, according to Rosstat, was 6.7% higher than a year earlier.

Real disposable income is determined based on adjusted price index for cash income of the current period less compulsory payments and dues. This parameter also determines the actual quantity of material goods and services, which can be purchased on the income of one individual.

In January 2017 this data for the first time since October of 2014 showed positive dynamics. Then their growth, according to the report of Rosstat, amounted to 8.1% in annual terms. However, in February, according to the Ministry, the real incomes of the population decreased by 4.1% compared to February 2016.