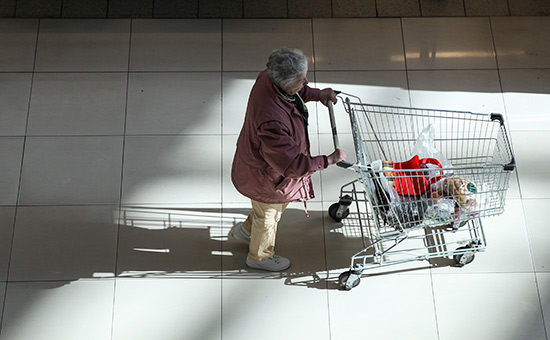 Retail trade turnover in April 2017 has not changed in comparison with level of April last year, according to Rosstat. This means that the drop in retail sales, which lasted 27 months in a row, stopped

Retail trade turnover in Russia in April 2017 amounted to 2.33 trillion roubles, unchanged compared with April of last year (in comparable prices), has informed today Rosstat. The zero dynamics of year-on-year is a symbolic character: this indicator has been falling continuously for the past 27 months. In March retail trade decreased by 0.4%, while last year it fell by 4.6%.

Retail turnover is an indicator which government and economists closely watched because it reflects consumer demand.

However, to say that consumption in Russia has passed the lowest point of the crisis, even earlier: a fall in turnover of food products continues, and the April zero dynamics could be impacted by the calendar effect.

The fall in turnover in the segment of food products (including beverages and tobacco) in April slowed to 1% year-on-year (in March it was minus 1.5%), and in the segment of non-food products recorded growth for the second consecutive month by 0.9% after 0.6% in March. Given paid services to the population, which in April fell by 0.8% (vs. March’s decline of 1.3%) total private consumption decreased by 0.2% (in March it was minus 0.6%), says chief economist at ING in Russia and CIS Dmitry Field.

Analysts expect further improvement in retail turnover in April, but warned about the distorting effect of the early Easter. In 2016, the holiday fell at the beginning of may, whereas this year’s early Easter in mid-April, should favorably affect the figures for consumption, said the chief economist of Alfa Bank Natalia Orlova in the April survey week.

“The consensus was negative, and against this background, stats not bad, but given the early Easter, the data could be better, at +0.2 percent, said RBC Orlov. — April statistics on lending in the corporate segment and retail trade showed growth, so the APR as a whole demonstrates the improvement in the picture in retail sales.”

The Ministry of economic development predicts the growth of retail turnover in 2017 at 1.9% followed by acceleration. Rosstat last week reported GDP growth in the first quarter of 2017 of 0.5% compared to the same period a year ago, it was the second consecutive quarter of growth.