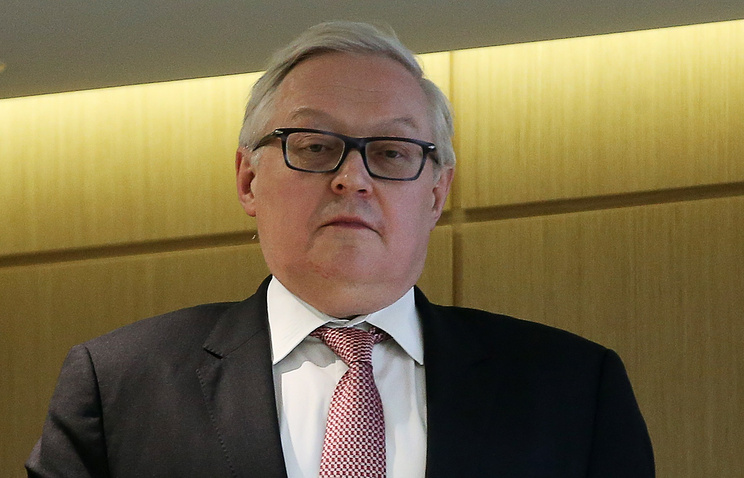 MOSCOW, may 22. /TASS/. Russia urges US and allied countries of northeast Asia to exercise the utmost restraint in response to the rocket launch of the DPRK. This was stated by Deputy foreign Minister Sergei Ryabkov.

He confirmed that between Moscow and Washington contacts on the subject of the DPRK. “Of course, there are (contacts), and in new York, and other channels,” – said the diplomat.

“Of course, we believe that this kind of activity does not benefit the main task of a political solution of the whole problem of denuclearization of the Korean Peninsula, the diplomat said. – Having said that, can not fail to call on colleagues in Washington and in the capitals of the Union with the United States in the countries of northeast Asia to exercise maximum restraint, to promote training events and deployments of advanced weapons systems in response to Pyongyang’s actions”.

“Because this kind of “countermeasures” are nothing but a step towards the spiral of escalation, what we’re against,” said Ryabkov. According to him, there is an alternative way in which parties need to exercise restraint.

“But while the development is in the negative scenario, according to the perverse logic of actions and counteractions. It is necessary to put an end to it, the diplomat said. – I think, a consolidated opinion of the international community reflected in the document of the UN security Council after previous test launch of a ballistic missile”.

The DPRK may 21 fired another missile launch. It happened a week after a successful test on may 14 ballistic missile medium-range Hwasong-12, which flew the 787 km and fell into the sea of Japan. Test may 14, according to KCNA, were conducted to evaluate “the tactical and technological features of a ballistic missile of a new type, intended for large nuclear warheads”.