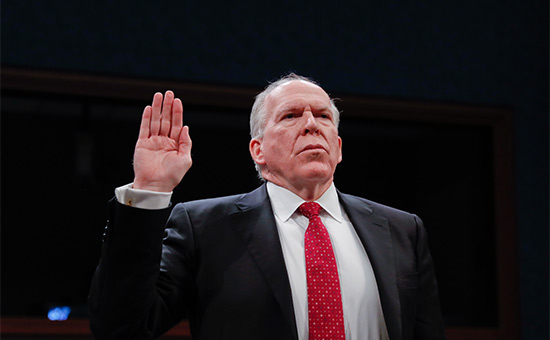 The Central intelligence Agency of the United States knew that Russia is trying to interfere in U.S. elections, in the summer of 2016. This topic is the former head of the CIA, John Brennan, raised in conversation with the head of the FSB Bortnikov

US intelligence “became clear” that Russia is trying to interfere in the elections of the President of the United States in the summer of 2016. This was stated by former CIA Director John Brennan, speaking at a hearing of the intelligence Committee of the U.S. house of representatives. According to him, Russia’s “brazen” intervened in the election of the President and it “must be obvious to all,” reports Reuters.

“It must be obvious that Russia is brazenly interfered in our presidential election in 2016 and that she went for it despite our strong protests and a clear warning against such actions,” said Brennan.

In addition, Brennan said that in early August 2016 in conversation with the Director of FSB Alexander Bortnikov has raised the issue of Russian attempts to interfere in the elections. In addition, the former head of the CIA discussed with him the pressure on American diplomats in Moscow. Previously, Brennan has talked about this in an interview with CNN in January 2017, then the former head of the CIA, and warned Russia of “playing with fire”. Bortnikov, according to Brennan, promised to convey these words to Vladimir Putin.

When the CIA led the investigation of Russian intervention in the elections, Brennan had serious concern about contacts between Russia and certain persons in the United States. About whom exactly there is a speech, the former head of exploration said.

Speaking before the Committee, Brennan said that he did not know whether between individuals in Russia and the United States conspired to interfere in the elections, however, were the grounds for concern and investigate the issue.

The former head of the CIA said that he had informed President Barack Obama and other U.S. officials about possible attempts to interfere in the elections. He also discussed this issue with members of Congress as Democratic and Republican party. Such conversations Brennan was in August and September 2016, he said.

Members of the house of representatives also asked Brennan to comment on a possible trump disclosure of classified intelligence during a meeting with Sergey Lavrov. According to the former head of American intelligence, trump could break the rules of the handling of intelligence information if he had no permission to disclosure of the intelligence.

According to the media The New York Times and The Washington Post, trump at a meeting with Lavrov and Russian Ambassador to US Kislyak revealed secret information about the plans of the banned terrorist group “Islamic state”. Data that could inform a tramp, was not received by Washington, and the country’s ally, Israel, which did not give permission for their erection. Trump said later that didn’t mention the word “Israel” in a conversation with Lavrov.