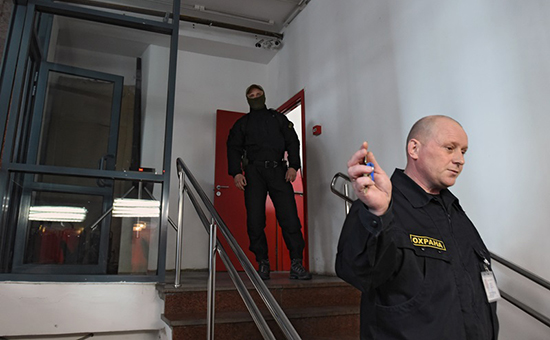 During the press briefing the press Secretary of the President of Russia Dmitry Peskov responded to the question, you know in the Kremlin about the situation around the “Gogol-center” and its artistic Director Kirill Serebrennikov, who were searched, the correspondent of RBC. “This is not the case of the Kremlin”, — said Peskov.

Press Secretary of the President called nothing to politicize. “No politics, no work, there is nothing there, so there is no reason to inform the Kremlin,” he said, adding that the Investigative Committee has already made a statement on this topic.

Searches in “Gogol-center” in the apartment Serebrennikov passed on the morning of 23 may. As later reported by the Investigation Committee, the actions of law enforcement were associated with the investigation of embezzlement of 200 million rubles.

“According to the investigation, unknown persons from among the leadership of the Autonomous nonprofit organization “Studio 7″ from 2011 to 2014, were abducted budget funds in the amount of about 200 million rubles allocated by the state for the development and promotion of arts of the Russian Federation”, — explained IC.

Coordinator of the charity Fund “Rus Sitting” Alex Federov in conversation with RBC said that the pieces of silver involved as a witness and “is neither a suspect nor an accused”.