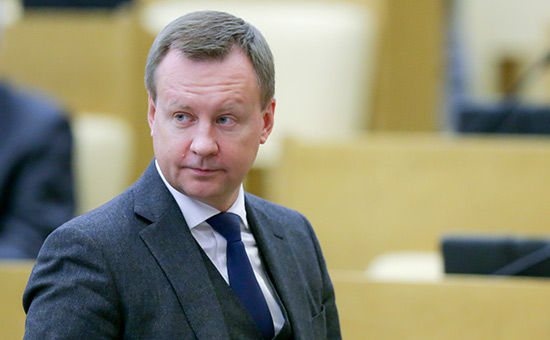 The Prosecutor General’s office confirmed the lack of evidence and the legality of the refusal to prosecute former state Duma Deputy from the Communist Denis Boronenkov on the facts of extortion and forgery of official certificates military Prosecutor’s office. This follows from the response of authorities to requests of the Duma Committee on security

The Prosecutor’s office saw no violations in the termination of criminal cases against the former Deputy of the state Duma from the Communist Denis Boronenkov on the facts of extortion $10 thousand and forgery of official certificates military Prosecutor’s office. This is stated in the reply signed by first Deputy Prosecutor General Alexander Buksman on request of the Duma Committee for security and combating corruption. The receipt of the response, the lower chamber confirmed two RBC interlocutor in the state Duma (the letter from the Prosecutor General the deputies of the available in version).

In 2001, the Investigation Department ATC CAO Moscow initiated against Igor Novikov and Boronenkov criminal case upon extortion at the Director of “Sibforest” Eugene Crostarosa $10 million, reminded the Prosecutor’s office. The proceedings in this case was combined with another case against Novikov and Boronenkov — security forces suspected them of using fake identity of the military Prosecutor of the Moscow military district. Two years later the case was dismissed for lack of evidence and, as emphasized in the office of Yuri Chaika, “the criminal case examined in the attorney General, the bases for cancellation of decisions is not available.”

No reason to doubt the legality of the termination of these cases or that they need no resume, I agree the Chairman of the security Committee Anatoly Vyborny (fraction “United Russia”). Law enforcement agencies after the death Boronenkov an investigation is ongoing, and it is important to wait for its completion, the Deputy told RBC.

The appeal to the Prosecutor General about the state Duma Boronenkov sent in April, at the request and Election of two United Russia party, Andrey Isayev and Adalbi Shkhagoshev. They asked to check not only the legality of the closing of the case Boronenkov, but his possible corrupt connections that could help him to influence the investigation. About these ties parliamentarians learned from the program “Vesti Nedeli” Dmitry Kiselev in which it was alleged that Voronenkov for closing the case have used contacts in office of public Prosecutor of the capital. The deputies asked the Committee to request from the Supervisory body information about the “who worked in the leadership of the Moscow Prosecutor’s office in the period from 2000 to 2003”.

Against Boronenkov in Russia investigated another criminal case about swindle with real estate. As stated in the materials of the case that was read by RBC, the crime was committed in 2010-2011, when Voronenkov was not yet a member, but had extensive contacts in law enforcement structures and criminal circles. According to investigators, Boronenkov, together with his accomplices, among whom were officers of the FSB and the interior Ministry, made a raider seizure: illegal re-issued on the figurehead and sold a building that belonged to the confectionery firm of “Tom”. By investing $75 million he earned approximately $1.2 million and 6.4 million rubles.

To investigate the case of the seizure of the building prevented parliamentary immunity Boronenkov, reported in March in the court in absentia arrest of ex-MP investigator Denis Arenov. At the end of 2016 Boronenkov, not included in the seventh convocation of the state Duma, went to the Ukraine. There he gave evidence to the General Prosecutor’s office on charges of treason of former President Viktor Yanukovych and spoke about obtaining Ukrainian citizenship because of the “unfair prosecution”.

23 Mar Voronenkov was killed in the center of Kiev. The killer fired several shots at ex-MP and shit on his guard; he opened fire on the attackers and fatally wounded the killer. On the death of Boronenkov Ukraine opened a criminal case under the article “Premeditated murder”. The killer, according to the interior Ministry of Ukraine, was 28-year-old Paul Parsow.

In Russia criminal case after the murder Boronenkov were instituted under article 105 and 222 of the criminal code (murder and illegal circulation of firearms). During the investigation officers found the TFR and other “dark spots” in biographies Boronenkov, wrote “Kommersant”. In the 1990s he worked in the military Prosecutor’s office and the security service Federal drug control service, having higher education and giving employers false documents about him. In addition, the investigators carried out an excavation in one of the cells of the Bank VTB24, was on Boronenkov and found there is a premium gun Glock received the ex-Deputy of the Kyrgyz authorities, a PSM pistol, which the former Deputy was awarded during his service in the Federal drug control service, and a collection of two dozen Swiss watches of luxury brands. After studying the obtained materials the investigators came to the conclusion that Boronenkov “is a person prone to scams,” said a source.