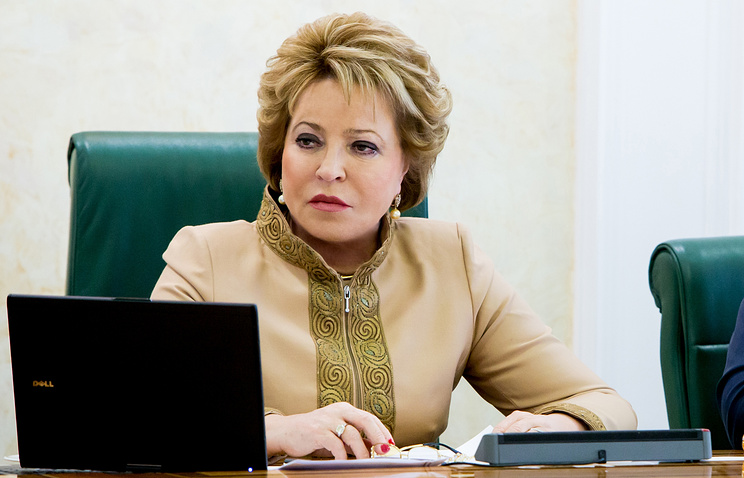 MOSCOW, may 23. /TASS/. The Ukrainian authorities harm the interests of the Ukrainian people, forbidding Russian social networks, Internet resources, TV and books, the speaker of the Federation Council Valentina Matvienko.

As she said in an interview with the newspaper “Izvestia”, to comment on what is happening in Ukraine is more complex, since gaining strength degradation of the political system of the country, and the actions of the authorities are unpredictable. “For example, and have blocked the Russian social network search engine “Yandex”, Mail.ru. Whether Kiev is doing this for political self-preservation, or in some other order, but certainly not in the interests of the people and the country”, – said Matvienko. “All of the above restraining action is a gross violation of rights of Ukrainian citizens to freedom of speech and freedom of access to information”, – said the speaker.

This Matviyenko pointed to the fact that the EU is too slow at reacting to the actions of the Ukrainian authorities. “It’s not only an internal affair of Ukraine. These are the values for which so actively advocating the European Union. Why is it so anemic?” – said the Senator.

Speaking about inter-parliamentary cooperation of Russia and Ukraine, Matviyenko said that he’s not. “Regarding contacts with Ukrainian colleagues and parliaments, they are not. Attempts to resume dialogue yielded nothing. But it’s their choice”, – said Matvienko.

Earlier in Ukraine the decree of the President Petro Poroshenko was banned from the Russian social network “Vkontakte” and “Odnoklassniki” company Mail.ru, “Yandex”, “Yandex. Ukraine”. In addition, restrictive measures were imposed against the company “1C”, specializing in the development and delivery of programs for the business of production and ABBYY’s development in the field of OCR, linguistics and electronic dictionaries. Also extended the ban on access to the resources of the companies-developers of anti-virus programs “Kaspersky’s Laboratory” and DrWeb.