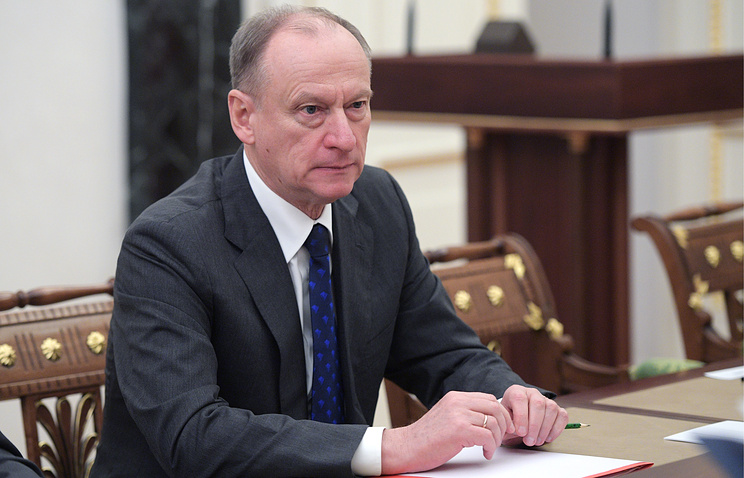 ZAVIDOVO (Tver region), may 24. /TASS/. Russia is ready to provide the victims of the terrorist attacks countries, including the UK and the Philippines, assistance in the investigation of these crimes.

This was stated by Secretary of the Russian security Council Nikolai Patrushev, speaking at the Eighth international meeting of high representatives supervising security issues.

“Just in the past few days the bloody attacks took place in multiple States – including the other night in the UK and yesterday in the Philippines,” said Patrushev.

“I think it is important to Express our solidarity and support to the families of the victims. The organizers of terrorist acts should be punished. Russia, I hope, as well as your country, ready to assist States affected by terrorism, comprehensive assistance in the investigation of these acts”, – said Patrushev to the participants of the forum.

Secretary of the Russian security Council stressed that terrorism remains a major threat for the entire world community.

The terrorist attacks in the UK and the Philippines

A blast at the indoor stadium “Manchester-arena” occurred on may 22 at 22:35 local time (00:35 GMT on Tuesday), immediately after the speech, the American pop singer Ariana Grande. An explosive device detonated by a suicide bomber detonated outside a concert hall in the lobby.

According to the latest data, the victims of the explosion were 22 people, 59 more are injured. Police announced that the perpetrator of the attack was 22-year-old Salman, Abedi. According to media reports, he was born in Britain to a family of refugees from Libya.

On Tuesday in the Philippine province of Mindanao, the clashes between the military and the militants of the group associated with banned in Russia organization “Islamic state” (IG), martial law was imposed. In Marawi city, the military blocked the apartment in which there are armed fighters of group “the Mouth”.

According to intelligence agencies, among the militants, blocked by the military in Marawi, is the leader of the other extremist groups, “Abu Sayyaf” Isnilon Hapilon. Group “Mouth” and “Abu Sayyaf” swore allegiance to ISIS.

In connection with the worsening situation, the President of the Philippines Rodrigo Duterte reduced the term of stay in Russia.

The Internet as a tool of destabilization

Secretary of the security Council also addressed the issue of cyber attacks. According to Patrushev, the Internet and other digital technologies are increasingly used to undermine the national sovereignty of States, the protection of computer infrastructure becomes less important than border security.

According to Patrushev, the vulnerability of digital technologies can threaten the individual, society and the state. “Virtual space is actively used by organised crime, including for the purposes of recruiting terrorists and promoting extremist ideas. The Internet and other modern technologies are increasingly used in the process of destabilization of States to intervene in their internal Affairs and undermine national sovereignty,” said Secretary of the Russian security Council, stressing that “the problem of protecting computer infrastructure is no less complex than the protection of state borders”.

“Emerging challenges in cyberspace does not have borders and require us to impose collective approaches,” concluded Patrushev.

Patrushev said that Russia stands for the cooperation of all countries to counter cyber threats such as the recent global attack with the use of a virus WannaCry.

He recalled that recently, simultaneous computer attack suffered 200 thousand users in 150 countries, resulting from the actions of criminals suffered many international companies and government agencies. “The availability of strong encryption algorithms in a common virus evidence of the involvement of development specialists with high professional level”, – said Patrushev.

“To counter these threats to all countries of the world need to work closely in the field of information security”, – said the Secretary of the Russian security Council.

According to Patrushev, the main part of the information systems of the Russian authorities, financial institutions and enterprises were fixed attempts of penetration of the virus and to avoid serious consequences. “At the same time vulnerable only those structures that have not finished creating their segments of the state system of detection, prevention and elimination of consequences of computer attacks,” – said the Secretary of the Russian security Council.

May 12, the hackers tried to attack computers with Windows operating system using the virus – ransomware WannaCry to unlock the infected computers the attackers demanded to transfer the money. According to the European police Agency, the victims of this attack were not less than 200 thousand individuals and legal entities in 150 countries. The greatest number of attacks were recorded in Russia, where the affected computers of major companies and Federal agencies, including Sberbank, mobile operator “MegaFon”, the interior Ministry and the emergencies Ministry.

About the interaction of special services

Combating international organized crime requires the interaction of special services of the affected countries. This was stated by Secretary of the Russian security Council Nikolai Patrushev, speaking at the Eighth international meeting of high representatives supervising security issues.

“Effective confrontation of international organized crime is possible only through joint and coordinated efforts of special services of the countries in which it operates”, he said.

According to Patrushev, currently active use of international crime “of modern communications and electronic payments for illegal trafficking in narcotic substances”.

“No less urgent for the international community is the issue of the activities of criminal gangs organizing illegal migration. Requires effective response to rapidly changing threats in the sphere of migration in the work of law enforcement bodies”, – said the Secretary of the Russian security Council.

He noted that the forum will be held several round tables on the topics of combating banned in Russia terrorist gruppirovkam, countering “color revolutions” and other instruments of destabilization of States and on military-political situation in the Asia-Pacific region. “I am convinced that we have developed the recommendations will be in demand at both national and international levels, will strengthen the resolve and political will in the search for collective response to new challenges and threats, since it is evident that alone the state is unable to resist them,” – said Patrushev, concluding that “there is no alternative to developing collective approaches to improving the international legal framework aimed at ensuring equal and indivisible security for all countries of the world.”