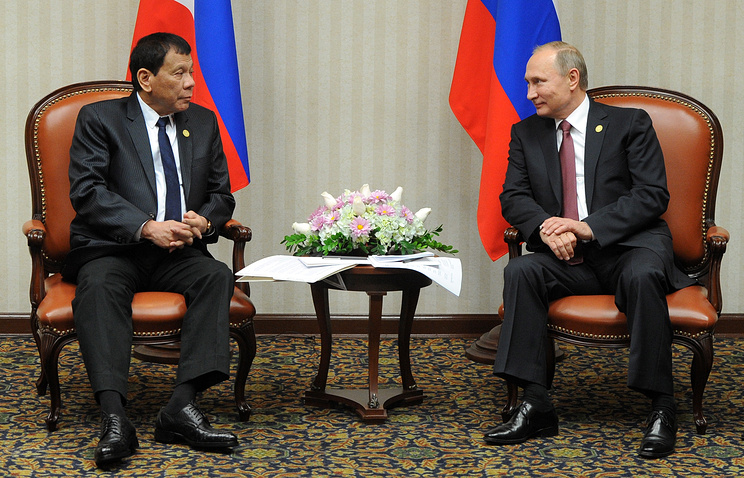 MOSCOW, may 23. /TASS/. The meeting of Russian President Vladimir Putin met with President of the Philippines Rodrigo Duterte will be held on may 23, not Thursday, as previously planned. About TASS reported the press Secretary of the Russian President, Dmitry Peskov.

On the question of whether the cancelled meeting of the leaders, he replied: “No. It will take place today.” Previously, the Agency “Xinhua” reported that Duterte cut his visit to Russia.

Duterte on Tuesday imposed martial law in the southern province of Mindanao, where there are armed clashes between the military and militants from groups linked to the “Islamic state” (IG, is prohibited in Russia). In the city of Marawi province of Mindanao, the military sealed off the apartment, which is located about 15 armed militants group “Mouth”. The battle between security forces and terrorists continues.

According to intelligence agencies, among the militants, blocked by the military in Marawi, is the leader of the other extremist groups, “Abu Sayyaf” Isnilon Hapilon. Group “Mouth” and “Abu Sayyaf” swore allegiance to ISIS.