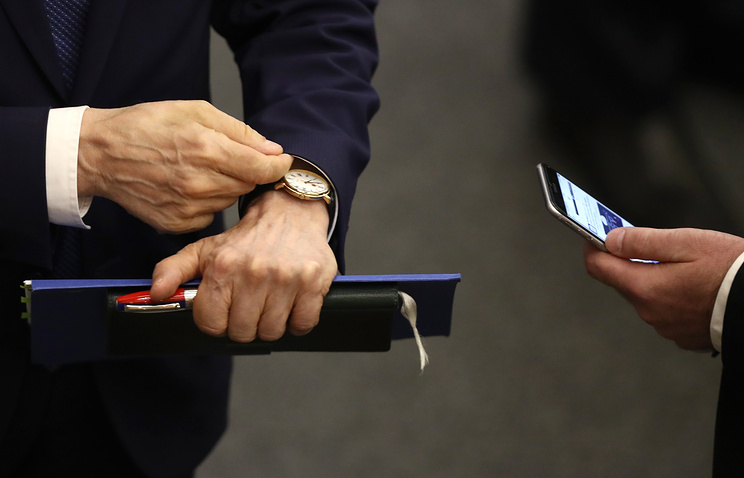 EKATERINBURG, on may 25. /TASS/. Members of the Legislative Assembly of the Yamalo-Nenets Autonomous Okrug (YANAO) adopted in the first reading amendments to the regional law on the status of deputies who propose to deprive of deputies of the mandate for skipping meetings more than three times a year for no good reason. About it reported in a press – service of the Parliament.

“Today during the meeting of the Legislative Assembly of the Autonomous area deputies adopted in the first reading amendments to the regional law “On status of Deputy of Legislative Assembly of Yamal-Nenets Autonomous district”. The changes establish the responsibilities of the Deputy for non-performance or improper performance of his duties. Entered the norm, allowing to early terminate powers of a Deputy in case of his absence at meetings without a valid excuse more than three times per calendar year”, – noted there.

Under a valid reason in this case refers to the documented fact of temporary disability, vacation, business trips, as well as force majeure, such as climatic factors impeding the arrival of the Deputy to the meeting.

“The reasons for missing the MP session will be checked by the Commission and, in the case of the establishment is disrespectful the reasons for the absence, the faction, which is a member, or the Committee, which he is a member, will be able to submit for consideration Legislative Assembly of the Autonomous district the question of acceptance in respect of the member of measures: announcement of results to the Commission at the meeting of the Parliament, publication in mass media and early termination of powers”, – said the Chairman of the Committee for state structure, local government and public relations of the Parliament Sergey Kharyuchi.

The amendments in the first reading adopted by the deputies unanimously. “The MP should be held responsible for failure to perform their duties, but the main arbiter of parliamentary activity-after all, the voter, not the Board or the Committee”, – said the Deputy Valery Stepanchenko.

In may 2016, Russian President Vladimir Putin signed a law allowing to deprive of deputies of the state Duma mandates 30 days of absenteeism and loss of communication with voters.