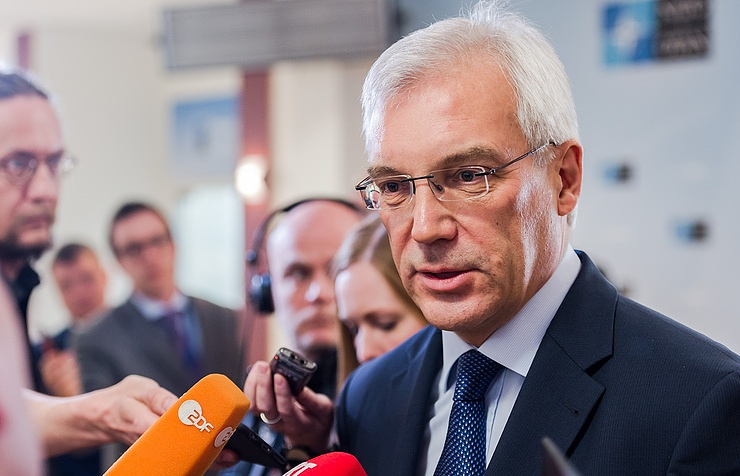 MOSCOW, may 25. /TASS/. Russia is concerned about the increasing military expenditures of the administration of Donald trump in the framework of NATO to 40% in 2018, said the TV channel “Russia 24” Russia’s permanent representative to NATO Alexander Grushko.

“What worries us today is the fact that the administration trump for next year has requested $4.8 billion for the so-called initiative of calming allies. This year such funding was $ 3.7 billion – this means a 40 percent increase,” he said.

According to Grushko, it also means that “the United States can further place American forces in Europe, say, another team, the talk in the Pentagon”. For this reason, said the Ambassador, Russia is closely watching what is happening on the ground and taking all the necessary measures for ensuring their own security.

Previously, on 25 may, the NATO decision to join the coalition headed by the USA, conducting the operation against the terrorist group “Islamic state” (IG banned in Russia) in Syria and Iraq declared the NATO Secretary General Jens Stoltenberg. This statement he made, speaking at a press conference on the outcome of the Brussels summit.

Until now, NATO as an organization was not a member of the coalition, but she was assisted on a partnership basis. The Alliance carries out regular surveillance flights of AWACS aircraft along the Syrian border with Turkey and along the coast, without entering the Syrian airspace. In addition, NATO carries out preparation of officers for the Iraqi army.