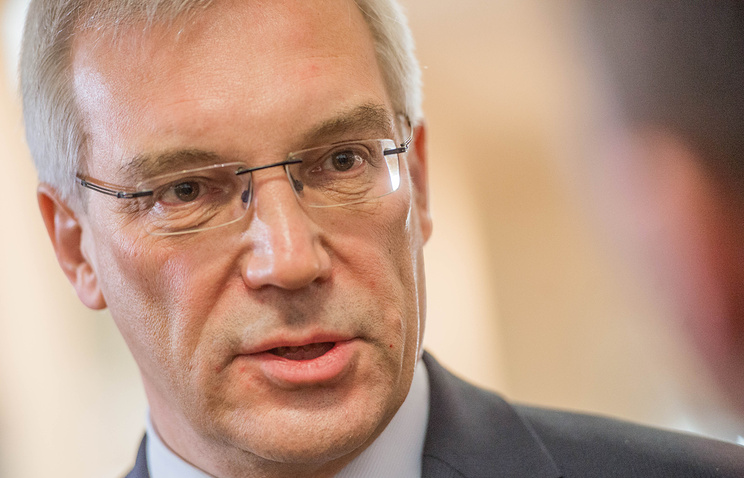 MOSCOW, may 26. /TASS/. The increase in military spending of NATO countries 2% of GDP will lead to an increase in purchases by European countries of weapons from the United States and, as a consequence, the deterioration of security in the region, said the TV channel “Russia 1”, the permanent representative of Russia to NATO Alexander Grushko.

“If the Europeans agree with the US demands and will bring their budgets to 2%, it would mean that their total spending will reach 370 billion (euros) approximately, it is a gigantic figure. 20% of them they will have to spend on the purchase of weapons – about 70 billion a year. This, of course, will be used mainly for purchases of American weapons. American military-industrial complex will be rubbing their hands, it would be a good investment in all this work”, – he said.

Grushko stressed that the increase of military spending of the Alliance will lead to increased tension in Europe. “If they think that you can buy American tanks and twist, rotate them along the borders of Russia, it will worsen and European security, and regional”, – concluded the diplomat.

Earlier, the NATO countries at the Alliance’s summit have adopted national plans to increase military spending to 2% of GDP. As stated by the Secretary General of the military-political bloc Jens Stoltenberg, each national action plan will include specific commitments for the gradual increase in its military budget to 2% of GDP, as required by the United States.