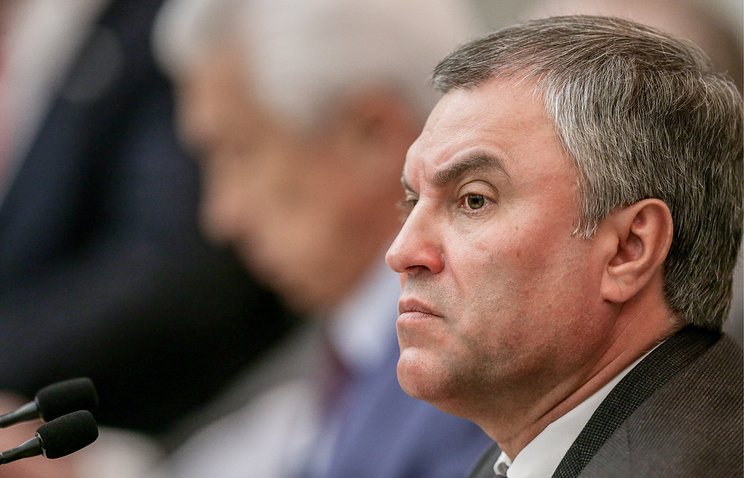 MOSCOW, may 26. /TASS/. Chairman of the state Duma Vyacheslav Volodin has offered to Marat Safin, who decided to refuse the Duma mandate to become his assistant on a voluntary basis. This was stated to journalists by the first Deputy head of the faction “United Russia” Andrei Isayev. Safin confirmed that he had accepted this offer.

“According to our information, Chairman of the state Duma Vyacheslav Volodin invited Marat Safin to become his Advisor on a voluntary basis on issues of sports,” – said Isayev. He also said that Safin – “experienced politician”, he has been a Deputy for six years. “The faction is grateful to him for active work, work with constituents, working on bills,” – said Isayev.

“I think you can’t refuse that, from such opportunities, I would like to continue. Than can, will help,” responded Safin.

For his part, Secretary General Council of “United Russia”, Deputy Duma speaker Sergei Neverov confirmed that the Duma faction of United Russia received a statement from Safina with a request for removal from it of Deputy powers. This is due to the fact that Safin is the only Russian tennis player, who is included in the international tennis hall of fame, he explained. “Of course, he is there today, there are more professional opportunities for tennis career, a lot of exhibition matches, master – classes, which it needs to carry out in the framework of this serious work”, – said the representative of the “United Russia”.

“We do not lose touch with him and hope that the relationship of fraction of party “United Russia” with the man who is now a legend, will continue, and we will work together,” concluded Neverov.