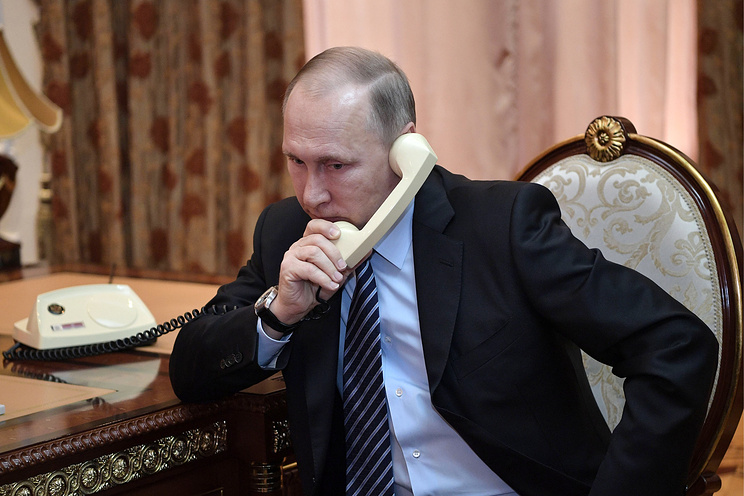 MOSCOW, may 27. /TASS/. The President of Russia Vladimir Putin had a telephone conversation with Iranian President Hassan Rouhani, in the course of which he congratulated him on his reelection as the head of state and discussed the situation in Syria. About it reported in a press-service of the Kremlin.

“The Russian leader congratulated Hassan Rohani on his re-election as President and wished him success in his activities”, – stated in the message.

As noted in the press service, the parties confirmed their commitment to the deepening of multifaceted bilateral cooperation in line with agreements reached during the visit of Iranian President to Russia in March this year. “Special attention is paid to the issues of trade-economic cooperation, including implementation of major joint projects in the oil and gas sector and in the field of peaceful atom”, – stated in the message.

In addition, Putin and Rouhani discussed the situation in Syria. “When discussing the situation in Syria and stressed the importance of increasing joint efforts to promote political and diplomatic settlement of the conflict in this country, in particular in the framework of the Astana process and through the implementation of the Memorandum on the establishment of a de – escalation,” the statement reads.

The two sides also agreed to continue contacts in bilateral and multilateral formats.

Presidential elections were held in Iran on 19 may. The victory was won by Hassan Rouhani: he’s re-elected for a second term. Voted 57% came to the polling stations voters.