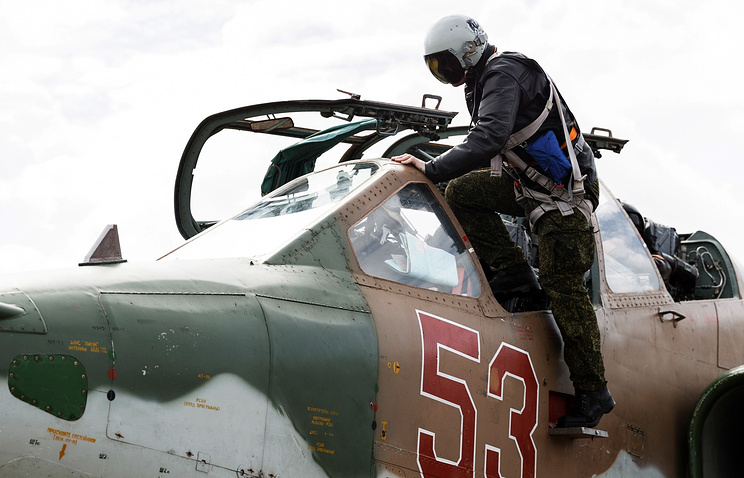 MOSCOW, may 27. /TASS/. The command of the Russian troops in Syria have taken measures to prevent the release of militants of the terrorist organization “Islamic state” (IG banned in Russia) from Raqqa in the direction located to the South of Palmyra.

This was reported by a source in the defense Ministry.

“According to information confirmed by several independent channels, in raqqa between the command of Kurdish troops from the so-called “Syrian democratic forces” and leaders operating in the area with groups “Islamic state” agreed to open for the militants safe “southern corridor” – said the source. – Terrorists the opportunity to freely leave the city on the condition that they will go to the Palmyra”.

Obtaining this information, the command of the Russian troops in Syria have taken measures to prevent the escape of militants in the South, said a source in the defense Ministry.

“To monitor the situation and strengthened all types of intelligence. On the possible exit routes of the terrorists are working around the clock Russian unmanned aerial vehicles. The destruction of groups of militants in the area attracted by airplanes and helicopters of Russian air force and units of special operations Forces,” – said the source.

According to him, “may 25, a column of terrorists within 39 of pickup trucks with weapons on their way to Palmyra, was discovered and destroyed by Russian planes VC”.

“Impact of the loss of the militants was 32 pickup truck mounted heavy machine guns and more than 120 terrorists,” the source added.

In the defense Ministry assured that “any attempt of the militants to move towards Palmyra and build there groups will be stopped”.