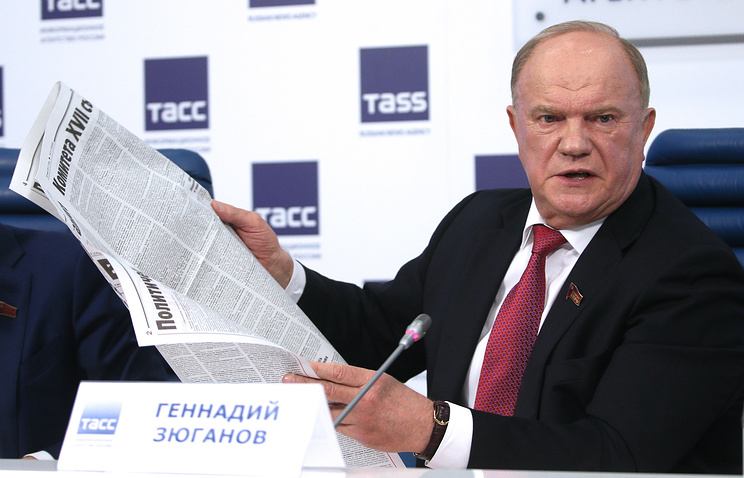 On Saturday in Moscow hosted the 17th regular Congress of the Communist party, which was elected the new Central Committee members. After that, the plenary elected the governing bodies for the next four years.

Zyuganov leads the party since its creation in 1993.

Also, the source in the party said that the post of the Vice-presidents re-elected Vladimir Kashin and Dmitry Novikov, Valery Rashkin was not re-elected, his place was taken by Yuri Afonin.

It is noted that Rashkin was part of the Presidium. The Presidium also included the mayor of Novosibirsk Anatoly Lokot.