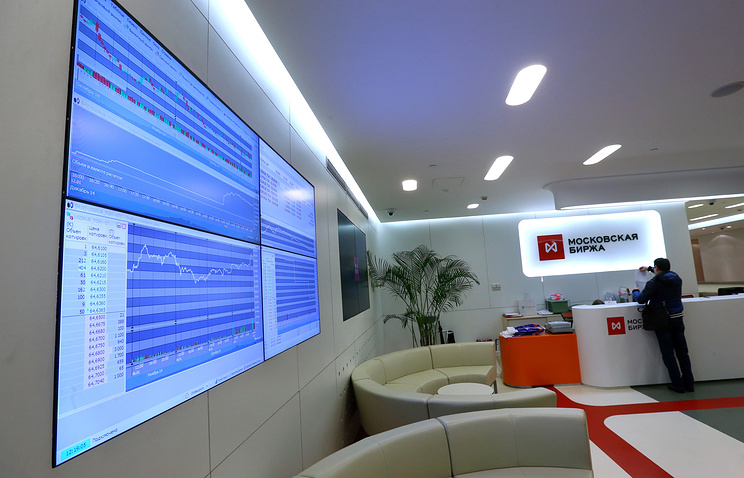 LIMASSOL, 8 June. /TASS/. Trading volume in Eurobonds on the Moscow exchange amounted to $221 million in the first quarter of 2017 is 4 times more since the launch of the instrument in the same period of 2015. This was announced by the head of sales for debt capital markets and structural instruments trading platform Andrey Bobovnikov in the bond Congress at Cbonds Cyprus.

“This contributed to the programme of the stock exchange raspolirovka lots and market-making. It was launched in September 2015 with the aim of attracting individuals to the stock market, ” he said.

Russian investors have the opportunity to buy Eurobonds on the Moscow exchange in late 2014, now it traded 48 issues of such securities. In September 2015, the exchange has launched a program of market making and reduced the lot to increase liquidity and trading volumes.

If in the first quarter of 2015, trading volume in Eurobonds on the Moscow exchange amounted to $54.4 mn, after starting the program in the fourth quarter of 2015 – Russian investors sold these securities by $107 million, from the presentation Bobovnikova. In the I quarter of 2017, this figure reached $221 million

On foreign exchanges, Eurobonds are traded only in large lots – at $100-200 thousand, it was the same on the Moscow stock exchange when you run this tool. But in September 2015, the site has introduced a program of low-lot – $1000, that tool became available to the retail investor, said Bobovnikov.

Then, the exchange has launched a program of market making. It assumes that the market maker (professional market participants of securities market) reward from the exchange supports the liquidity of certain securities. That is a market maker for a certain period of time should keep quotes on paper with a minimum spread ( the difference between purchase price and sale) – it gives opportunity for individuals almost any time of the trading day to buy or sell the asset.

According to Bobovnikova, the exchange has canceled the program market making in the first quarter of 2017 after the goal in trading volume. Despite this, investment activity in this market remains at the same levels. The exchange continues to work to increase the number of Eurobonds with a reduced lot, he concluded.