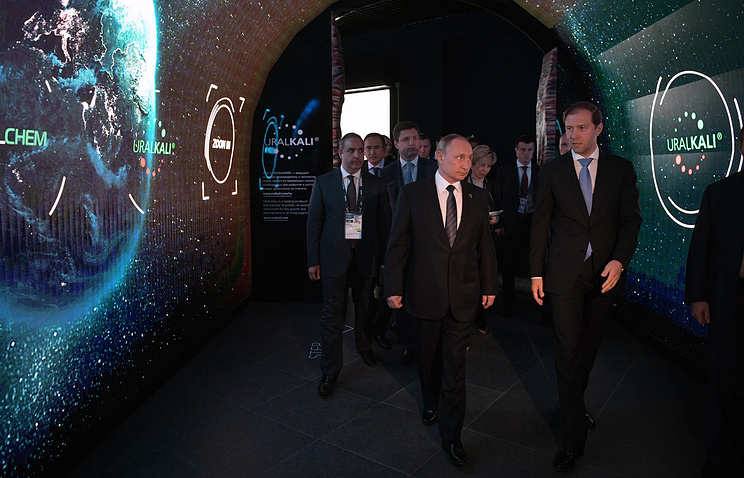 ASTANA, June 9. /TASS/. Russian President Vladimir Putin called for at the end of the SCO summit, the Russian pavilion at the exhibition EXPO-2017 in Astana. The exposition begins with a demonstration of the technology companies, Uralkali and URALCHEM, which produces up to 20% of fertilizers in the world.

Then the President spoke about the water installations “Energy of the Arctic”, where in the scenery of the Northern sea route with the models of nuclear-powered icebreakers of the new generation. The atmosphere in the Arctic region in this room create decorations with glowing texture of Arctic ice, the effect of the Northern lights and other spectacular tricks.

The President was also interested in the installation devoted to the Amur tiger. “Computer predator” is effectively passed by the President.

Then the head of Rosatom Alexey Likhachev told the President about new projects of the Corporation and, in particular, the construction of nuclear icebreakers.

The head of state also familiarized with the exposition of Tatarstan, which is the final checkpoint of the Russian pavilion. In this area weekly will be replaced by the exposition of Russian regions, which will be represented at the EXPO with their breakthrough technologies.