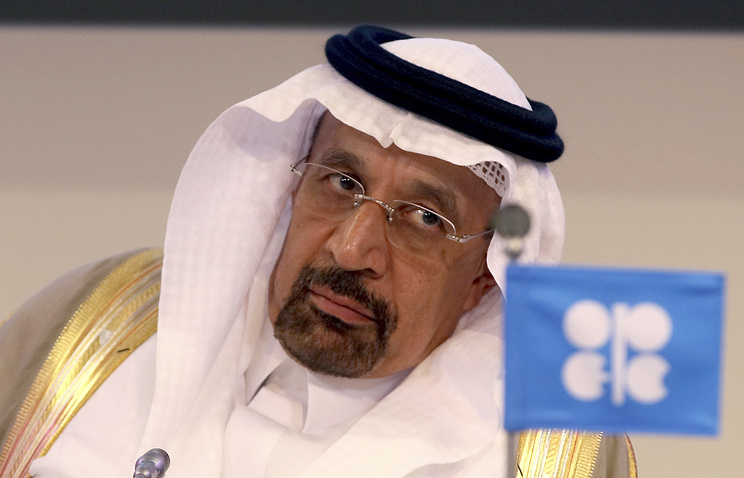 ASTANA, June 10. /TASS/. The diplomatic crisis over Qatar will not affect the implementation of the agreement on the reduction of oil production by OPEC, Minister of energy of Saudi Arabia Khalid al-Faleh.

“I don’t think the diplomatic issues will have any impact on the agreement to reduce production,” he said, responding to a question.

The crisis over Qatar

June 5, Bahrain, UAE, Saudi Arabia, Egypt, Yemen, Libya’s interim government, the Republic of Maldives and Republic of Mauritius on the rupture of diplomatic relations with Qatar, citing the Emirate’s support of terrorism and extremist ideology, his alleged hostile policy and intervention in the Affairs of Arab States. Later they were joined by Mauritania and Comoros, Jordan and Djibouti downgraded its diplomatic representation. A number of countries announced the adoption of a series of other measures, including the cessation of Maritime and air links, on the expulsion of diplomats and citizens of Qatar.

In Qatar, called the accusations of supporting extremists unfounded and stated that the foreign policy of the Emirate will not change. As pointed out by Sheikh Hamad bin Khalifa al-Thani, the Emirate is strongly opposed to any interference in its foreign policy.

With offers of assistance in resolving the crisis by a number of countries. The Emir of Kuwait Sheikh Sabah al-Ahmad al-Jaber al-Sabah travelled to Jeddah, Dubai and Doha. The US President Donald trump has offered to arrange a meeting of parties in the White house.