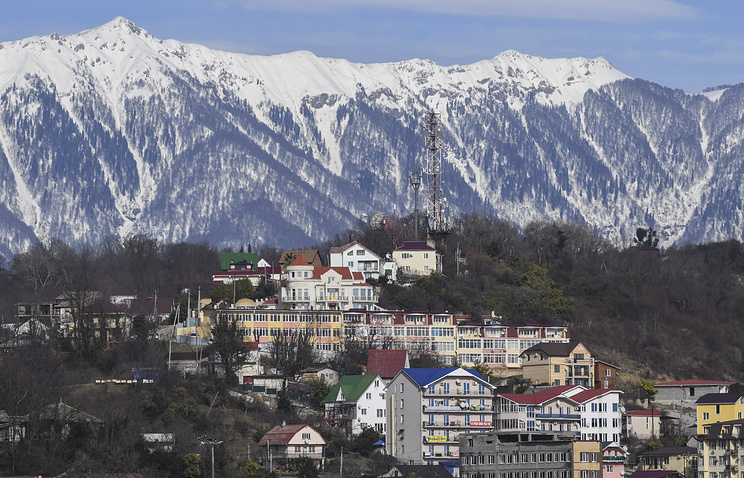 SOCHI, June 9. /TASS/. Environmentalists expressed concern about the plans of the owners of the ski resorts of Krasnaya Polyana near Sochi, who intend to build at the border of the Caucasian biosphere reserve new trails, ski lifts and hotels for tourists.

According to them, it can hurt the environment. Meanwhile, investors say that while to speak about concrete plans early as there is not even a project, and in the reserve believe that the infrastructure must be built only after a detailed study of all aspects. TASS found out how far I will go to investors and whether it is possible to find a balance between the interests of ecology and business.

Earlier media reports, in particular, the newspaper “Kommersant” has distributed the comments of the representatives of the world wildlife Fund (WWF) of Russia that further development of tourism in protected areas will lead to negative consequences for the environment. Independent ecologists have proposed to UNESCO to include the natural heritage “Western Caucasus” (it includes the Caucasus reserve and its buffer zone) in the list of world heritage in danger. The draft resolution on this matter will be considered at the next session of the world heritage Committee of UNESCO, which will be held from 2 to 12 July in Poland.

The Legacy Of The Olympics

One of the first expressed the desire to expand tourism infrastructure, the company, Interros, which owns one of the largest mining complexes – “Rosa Khutor”. In preparation for the 2014 winter Olympics on the slopes of Aibga ridge, the investor has built more than 70 miles of trails, 13 miles of them are certified by the International ski Federation for international competitions of the highest level.

Two years after the Games, the resort brought the length down to 94 kilometers, in the winter season, it can take a while to 10.5 thousand visitors. The need to “go further into the mountains” due to the fact that at the peak of the ski season, the resort is not able to accommodate everyone.

In 2015, the Russian Federation has withdrawn previously submitted to UNESCO a proposal for the extension of the natural heritage “Western Caucasus”. The composition of the object under the protection of this organization was to include the Sochi national Park and Sochi Federal sanctuary. Existing ski resorts of Krasnaya Polyana was built on the border with the buffer zone of the Caucasian biosphere reserve, part of the natural heritage. As the reason of refusal of extension of borders of especially protected by the international community zones were identified as the need to increase space mountain-climatic resort of Sochi.

In addition to the buffer zone of the Caucasian reserve with an area of 5.7 thousand hectares in the UNESCO heritage site “Western Caucasus” with a total area of 300 thousand hectares of natural Park included a Large, Thach in Adygea, the backbone of the Exuberant, the headwaters of rivers Pshekha, pshechashcha and Size.

In March 2017, the government of the Russian Federation in its ruling allowed the resort “Rosa Khutor” to lease additional territory of the Sochi national Park and Sochi nature reserve. The total area of land on the Northern slopes of the Aibga ridge, leased mountain resort is 1.16 thousand hectares.

“The sites are located primarily on the Northern slopes of the Aibga ridge and refer to the lands of recreational purpose. In order to further the development of Krasnaya Polyana as a ski and mountain resort here is expected to create recreation, sports and Wellness (Spa) facilities,” – told about the expansion plans in a press-service mountain resort “Rosa Khutor”.

The company noted that talking about the investment and the specific timing of the start of construction even earlier. Design itself will begin only after all the necessary, including environmental, expertise. “Project implementation period – from three to ten years”, – explained in subsidiary of holding company “Interros”.

You can, but be careful

Plans the ski resorts of Sochi to expand their territories will require a balanced design solutions for implementation. This opinion was expressed by TASS Deputy Director for science of the state Caucasian biosphere reserve Nikolai Eskin. “The most important thing is to resist the glut of tourist infrastructure in these areas and clearly understand what volume of tourist traffic and the objects of economic activity to expect,” – said Eskin.

According to experts, the specially protected areas the most suitable for summer tourism, Hiking. According to him, construction of ski slopes is a much more “traumatic” for the environment. “At the level of design decisions need to take action. For example, to limit sound impacts, to limit the movement of people along the ridge, Aisha, to put up seasonal fencing”, – gave recommendations to the expert.

He noted that the inevitable cutting down of trees for laying tracks should be possible to limit cutting, where possible. And collected wood or take out or re-use to prevent pests.

“Design should go very carefully, with observance of balance of interests on the development of resort areas and the minimum “traumatic” for the nature”, – stressed Deputy Director for science of the Caucasian reserve.