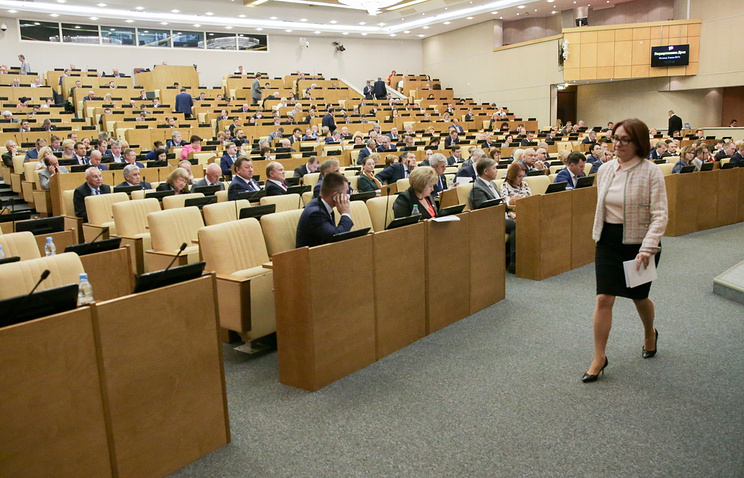 MOSCOW, June 9. /TASS/. The state Duma voted for the extension of the powers of the head of the Bank of Russia Elvira Nabiullina for another five years. New term Nabiullina as Chairman of the Central Bank of the Russian Federation will begin on 24 June 2017.

Elvira Nabiullina headed by Bank of Russia since June 24, 2013. Russian President Vladimir Putin on March 22 presented the candidacy of Nabiullina in the state Duma to prolong powers of the head of the Central Bank for a new term.

“In its activities, the Bank of Russia is guided by the strategic goals, knows every employee of the Central Bank is price stability, the stability of the financial market, the availability of financial products and services for households and business, development of the national payment system and the development and support of technology and innovation in financial markets”, – in turn, said Nabiullina.

Earlier in their joint opinion, the committees of the state Duma Finance and on budget and taxes positively assessed the policy of the Central Bank for the protection and stability of the ruble, the development and strengthening of the banking system of the Russian Federation, provision of stability and development of the national payment system, developing the financial market of the Russian Federation.

On 5 June the state Duma Committee on Finance recommended that the lower house of Parliament to reassign Nabiullina head of the Central Bank for a new term.