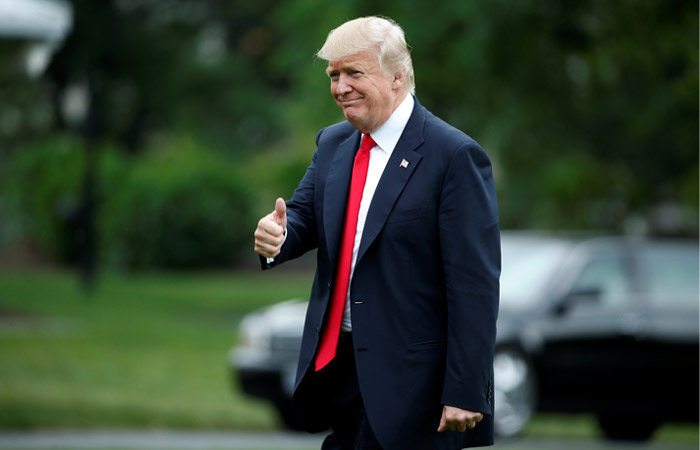 The US President Donald trump

The statement of the lawyers of Deutsche Bank, published on the website of the Bank, it is noted that the information requested cannot be provided because it is prohibited by laws protecting privacy and personal data.

As reported, a group of Democrats in the house financial services Committee of the lower house of Congress on may 23 sent a request to the CEO of Deutsche Bank John Cryan. The congressmen were interested, in particular, “did the Russian government guarantees for loans issued to D. Trump Deutsche Bank, and whether these credits in any other way connected with Russia”, writes Deutsche Welle.

“We want to cooperate, but must abide by the laws”, – reads the statement of the lawyers of Akin Gump Stephen Ross and Leslie Kirnan representing Deutsche Bank.

Lawyers urged Congress to turn to the documents released by the Bank within settlement of claims of U.S. regulators in the case of “mirror transactions” conducted through a Bank in Russia failing to withdraw from the country about $10 billion.

As reported, in January of this year, Deutsche Bank was fined in the US for $425 million in this case. In may, the Federal reserve ordered the Bank to pay some $41 million in connection with the fact that he had not taken sufficient measures to prevent money laundering.