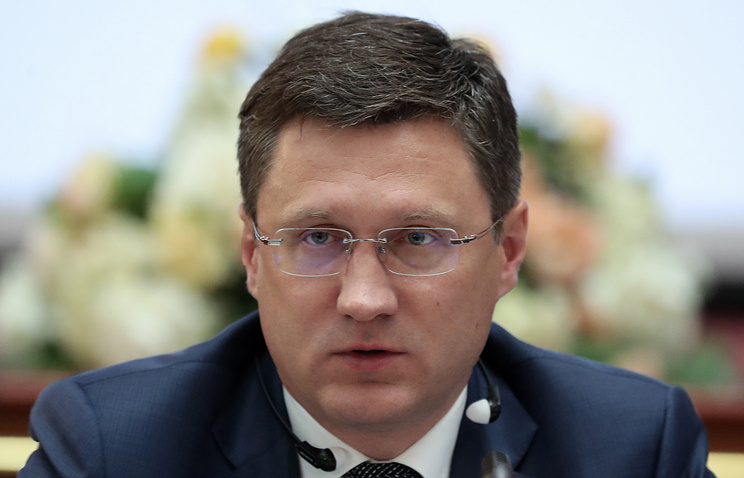 ASTANA, June 10. /TASS/. Joint Fund of Russia and Saudi Arabia for investment in the energy company can be established in the near future, announced Minister of energy of Russia Alexander Novak.

“I think that in the nearest future our colleagues will work out this issue. But it is not a separate Fund. It’s like one of the directions in cooperation between investment funds. Just will be allocated separately energy”, – he said answering the question TASS.

“We hope it will be quickly done,” he said when asked when can start joint investments.

Minister of energy of the Russian Federation stated that the Agency maintains plans to organize a tour for our Saudi colleagues on projects in Siberia in July.

“In principle, we planned this study tour, all will depend on whether the time from our colleagues,’ he said, answering the question TASS.

The Minister noted that if it is possible to arrange a tour for one day, “we of course offer”.

In the framework of SPIEF Novak has already arranged a study tour for its Saudi counterpart Khaled al-Faleh on the Yamal Peninsula. After that, the Saudi Minister said in an interview with TASS that he was impressed by projects and Saudi Arabia may consider investment in the project “Arctic LNG”.

Monitoring Committee in July will consider only the implementation of the agreements on the reduction of oil production, the need to make any recommendations yet, said Novak.

“So far, only the process of implementation. There is no need to respond to some things, everything goes according to plan,” he said, answering a question from TASS on the agenda of the next meeting of the Committee, which will take place in July in Russia.

He also noted that the city for the meeting has not yet been selected.

Earlier it was reported that OPEC has given the monitoring Committee function is to recommend any measures to stabilize the oil market in the framework of the agreement on production cuts.

The monitoring Committee must convene once every two months to monitor the execution of the transaction. It includes five Ministers from OPEC’s three and two from outside OPEC. Alexander Novak administers the work of the Committee on a par with Kuwaiti counterpart, energy Minister ISAM al – marzouk. The previous three meetings were held in Vienna and Kuwait city.

The reduction of the quota of Kazakhstan

According to the Minister, the reduction of the quota of Kazakhstan in the agreement on oil production is not discussed, the country is committed to the implementation of the agreements.

“No, not discussed. Kazakhstan is committed to the implementation of the agreement,” Novak told reporters, answering a question about what was discussed during the trilateral meeting, the issue of reducing the quota of Kazakhstan.

The Ministers of energy of the Russian Federation, Saudi Arabia and Kazakhstan were discussed during the meeting in Astana the implementation of the agreements on the reduction of oil production. The Ministers held a meeting in a trilateral format on Saturday in one of the hotels of Astana.

Earlier on Saturday, the Saudi Minister told reporters that “at the moment necessary to adjust country quotas in the agreement no.”

In an interview with TASS, al-Faleh said that Kazakhstan has undertaken to offset the growth of oil production from Kashagan field, in order to comply with the terms of the agreement.

Earlier, the Kazakh Minister said that he reached were informed of their Saudi and Russian colleagues that in September oil production in Kazakhstan will increase due to the increase of production in the field.