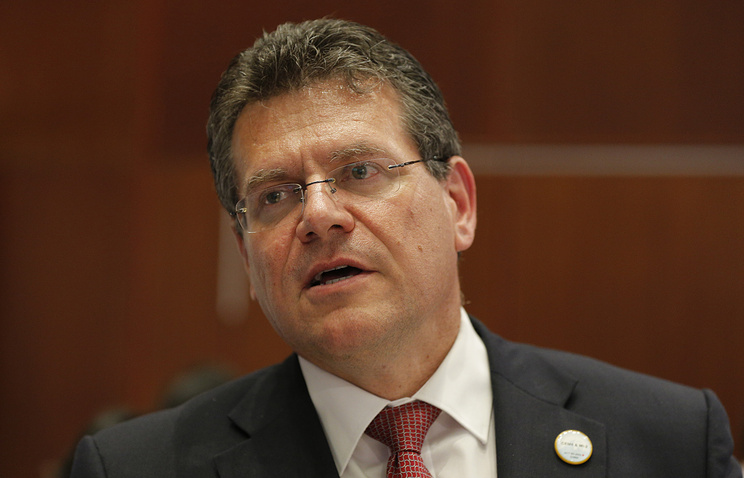 ASTANA, June 11. /TASS/. The European Commission received a mandate to negotiate with Russia on the construction of the second branch of the pipeline “Nord stream” in a special mode, the discussion will continue in September. This was reported the Deputy head of the European Commission for the Energy Union Maros Sefcovic at a press conference in the framework of the Ministerial conference on the sustainable development of the energy sector in Astana.

“This is a fresh news: the Commission approved the mandate, and today we have to present it to the participating countries. We have the right not only to participate in debates, but also offer supplements to the text. I support the Minister’s position is Novak that they need to carefully examine the mandate, I hope, we will continue to discuss this issue probably already in September,” he said.

Answers to this question Minister of energy of Russia Alexander Novak said that the Ministry of energy this document is not yet seen. “We’ll have to study it. Our position is that the construction of this infrastructural project is being implemented by commercial companies. This is a commercial project,” he said.

The Minister also added that consultations with Šefčovič will continue in late August – early September.