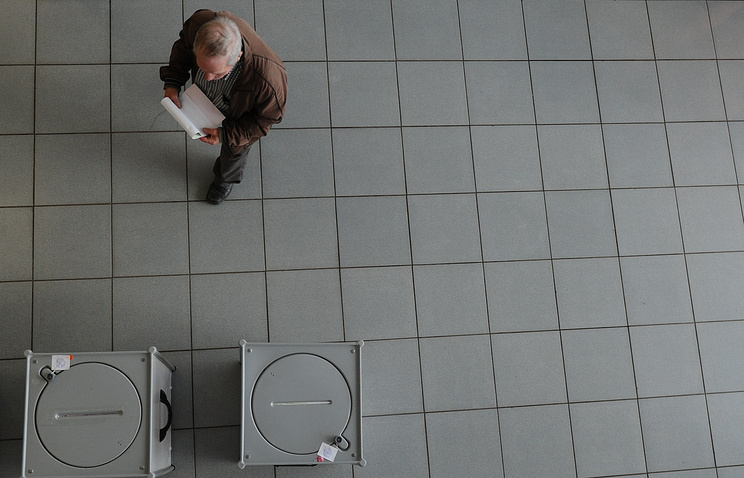 MOSCOW, June 8. /TASS/. A bill to impose criminal liability up to 5 years of imprisonment for the so-called merry-go-round or repeated voting, as well as for stuffing in the elections is submitted for consideration to the state Duma. Its authors were members of the lower house Pavel Krasheninnikov and Viktor Pinsky, as well as a member of the Federation Council Andrey Klishas, Duma reported in the electronic database.

According to the text of the initiative, it is proposed to Supplement the criminal code a new article “Illegal issuance and receipt of the ballot, ballot for referendum.” It provides that the extradition of a member of the electoral Commission or a referendum Commission of the ballots in order to give the citizen the ability to vote instead of another voter or more than two times during the same voting or the issuance of ballots shall be punished by a fine from 100 thousand to 300 thousand rubles or compulsory works for a term up to 4 years, or by deprivation of liberty for the same term.

For obtaining of the ballot for voting instead of other voters or to participate in voting more than two times the proposed penalty of a fine in the amount from 200 thousand to 500 thousand rubles or compulsory works or deprivation of liberty for a term up to 4 years. If such actions are committed by a group of persons a preliminary conspiracy or by an organized group, the maximum proposed sanctions to toughen up to 5 years imprisonment.

Currently, for a similar offence applies to administrative liability with a maximum fine up to 50 thousand rubles.

As stated earlier, TASS the head of the Duma Committee on state construction and legislation Pavel Krasheninnikov, the initiative received positive feedback from the Supreme court and the government of the Russian Federation. In his opinion, the state Duma may adopt the draft law in three readings till the end of the spring session, the last plenary meeting which is scheduled for July 21.