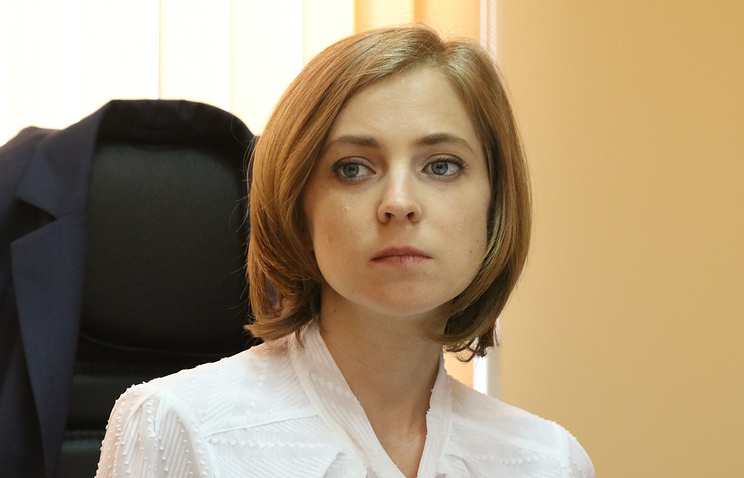 MOSCOW, June 8. /TASS/. State Duma Deputy, former Prosecutor of the Crimea Natalia Polonskaya told leaders of the Investigative Committee (IC) of the Russian Federation, the Prosecutor General and the FSB to check for libel and invasion of privacy the materials of the Russian branch of Transparency International.

Earlier, Transparency International reported that Poklonski is not reported in his income Declaration alleged in her apartment in Donetsk. The Deputy denied the allegations.

“I as the Deputy of the state Duma it became known that on the official website of ANO “Centre for anti-corruption research and initiative Transparency International – R” in a network the Internet published for free access material that contains clearly provocative, defamatory information about me as the Deputy of the state Duma and current employee of Prosecutor’s office of the Russian Federation”, – stated in the queries Polonskaya (copies have TASS).

The MP was asked to carry out checks on these her the “facts of activities of the “Centre for anti-corruption research and initiative Transparency International – R” and its officials, including to assess their action on the presence of signs of crimes stipulated by articles”, which reglamentary liability for libel and violation of privacy.