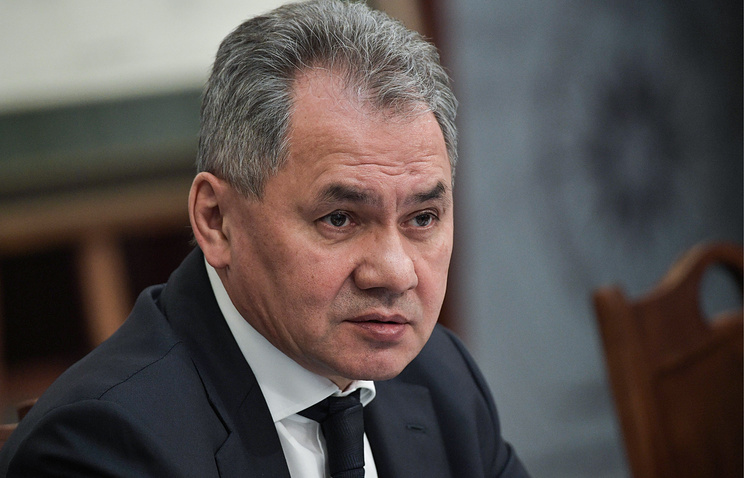 MOSCOW, June 8. /TASS/. The ceasefire in Syria is actually performed at all sites and in all areas of de-escalation, said the Russian defense Minister, army General Sergei Shoigu at a meeting with the special envoy of the UN Secretary General on Syria Staffan de Mistura.

“The ceasefire is actually performed at all sites and in all areas of de-escalation. The violations that we document from both the opposition and the government forces are not of a catastrophic character and do not require a serious response from the forces that are engaged in monitoring and observing the ceasefire regime,” – said Shoigu.

He also thanked de Mistura for the fact that he promptly responded to the invitation of the Russian defense Ministry for further consultations on the situation in Syria.

“We understand that the support that you have shown in Astana, especially recently, when it adopted a Declaration and documents on areas of de-escalation, results. During this time, we could do a lot in the ceasefire,” – said the Minister.

Shoigu added that he would like to discuss a number of issues on further steps to strengthen the ceasefire regime in the areas of de-escalation and transition to solution of certain political issues.

“They could start to be solved due to the fact that we have today in a month is all what we agreed in Astana, with your support,” concluded Shoigu.