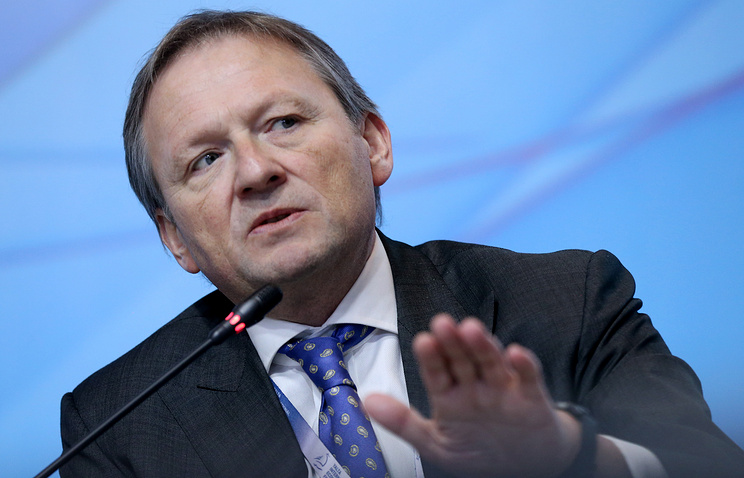 NOVOSIBIRSK, June 16. /TASS/. Authorized under the President of Russia for entrepreneurs ‘ rights protection Boris Titov called the prosecution of the head of the Novosibirsk company “tion” Dmitry Trubitsyna attempt at deliberate destruction of innovative production. This was reported on the official website of the Ombudsman.

“In this situation we are dealing with deliberate destruction of prospective business. To consider the action Trubitsyna crime is a very big exaggeration. Experts believe that consumer quality equipment, supplied by “Tion” has not been affected by changes in its parameters compared to those recorded in the document of Roszdravnadzor. It is important to convey their position to the court,” – said Titov.

35-year-old Trubitsyna suspected of producing and selling counterfeit cleaners, he is under house arrest. The reason for the initiation of the case was the fact that included in the group of tion, OOO “Aeroservice” is one of the oldest residents of Technopark of the Novosibirsk Akademgorodok in the last few years sold to medical institutions air purifiers that do not match the documents obtained in 2011 by Roszdravnadzor. Group tion has sent an official appeal to the Ombudsman, at the request of preliminary examination.

“Dmitry Trubitsyn – a young, energetic representative of the innovation sector, development of which is most needed for modern Russia,” said Titov. He expressed the hope that “the situation will be resolved with minimal damage, and will be an occasion to finally resolve the problem as a whole.”

According to Titov, the manufacture of medical products in Russia “is accompanied by unduly cumbersome bureaucratic procedures”, which should be simplified.

Last week, the regional investigative Committee filed against Trubitsyna a criminal case under part 2 of article 238.1 of the criminal code (“Production and marketing of unregistered medical devices”), the court placed a businessman under house arrest. According to investigators, in 2011, the company received approval from Roszdravnadzor for the production of air purifiers for hospital rooms, but later (in early 2015) the suspect agreed to rig equipment to reduce its cost, and during the year, the equipment supplied without the need for air purification from bacteria details.

In most companies, these accusations were denied. According to representatives of “Tion”, this situation “unjustified pressure on an open and law-abiding company.” According to the company, the actual claim associated with inaccuracies in the registration certificates, which were removed.