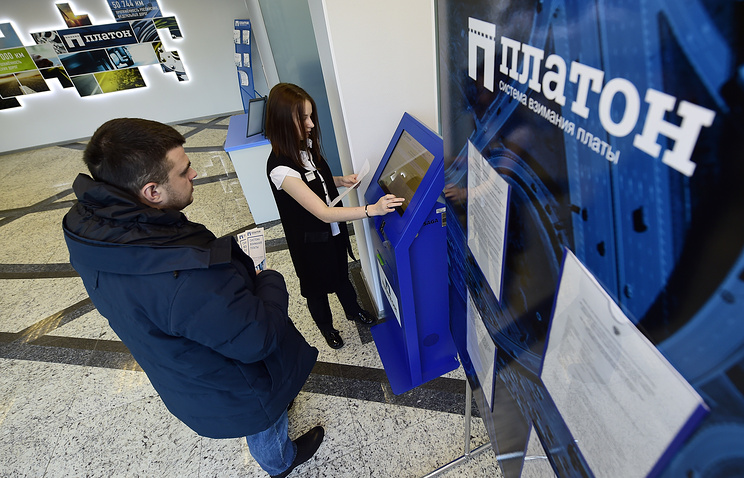 MOSCOW, June 16. /TASS/. Revenues to the Road Fund since the launch of the toll collection system for the passage of heavy vehicles on Federal highways “Plato” as of June 15 amounted to more than 27.1 billion rubles. This is stated in the message of Ministry of transport of the Russian Federation.

The Ministry said the growth rate of registration of carriers in the system “Plato”, at the moment the system contains more than 854 thousand vehicles weighing over 12 tons, which is 21.5 thousand more than at the end of last month.

In addition, carriers are issued by over 650 thousand on-Board units. Thus, 87% of the vehicles provided by Russian carriers on-Board devices. The total number of issued route card is 12.9 million

“Plato” is a state payment on account of compensation of harm, caused to the automobile roads of General use of Federal value by vehicles, having the resolved maximum weight over 12 tons, entered on the territory of Russia from 15 November 2015 Tariff “Plato” April 15 is 1.9 RUB/km.