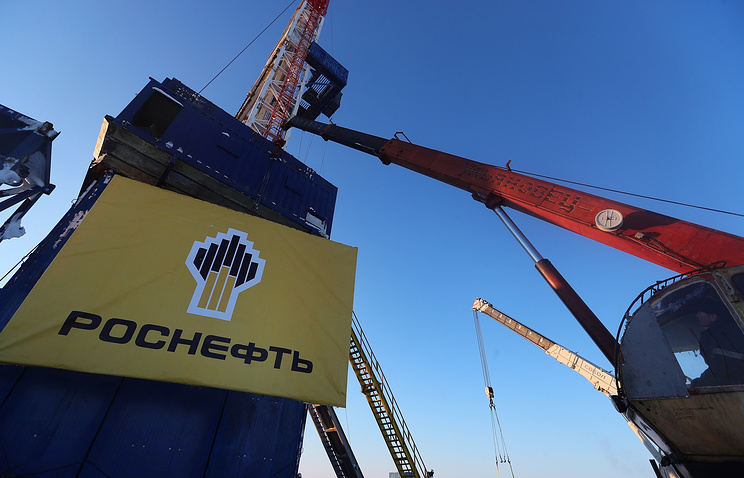 MOSCOW, June 18. /TASS/. “Rosneft” during the drilling of exploration well “Central-Olginskaya-1” offshore Khatanga Bay of the Laptev sea in the Eastern Arctic opened a new field, the volume resursnogo capacity is not specified, it is told in the company message.

“In the process of well drilling “Central-Olginskaya-1″ from the shore of the Peninsula Khara-Tumus offshore Khatanga Bay of the Laptev sea carried out three times, the coring from depths of 2305 (meters – approx. TASS) to 2363 (meters – approx. TASS), which shows a high saturation of oil with a predominance of light oil fractions. On the basis of primary research can be concluded about the opening of a new oil field, the volume of the resource potential which increases as you continue drilling operations. Currently, the coring proceeds”, – noted in a press release.

It is reported that the presence of hydrocarbons in the raised core confirms the geological model developed by the specialists of “Rosneft”.

In early April, Rosneft started drilling at the most Northern Russian Arctic offshore wells “Central Olginskaya-1” Khatanga license area. Start exploratory drilling was given by the President of the Russian Federation Vladimir Putin during a teleconference with head of Rosneft Igor Sechin.

Sechin noted that the resource potential only in the Laptev sea, according to experts, is 9.5 billion tons of oil equivalent. According to him, the results of seismic survey in the Laptev sea revealed four times as many prospects than previously anticipated: 114 vs 28.

Sechin noted that the company relies on successful drilling at Khatanga area, he also did not rule out in the future and attract foreign partners to the project.

Earlier it was reported that “Rosneft” intends to intensify work on exploratory drilling on the Arctic shelf and up to 2021, plans to drill four exploration wells on the shelf of the Laptev sea, eight wells in the Kara and Barents seas. Currently, Rosneft owns 28 license areas on the Arctic shelf with total resources 34 billion tons of oil equivalent. The share of “Rosneft” exceeds 78% of the total area of the licensed areas in the Arctic.

According to experts, by 2050 the Arctic shelf will provide 20% to 30% of all Russian oil production.