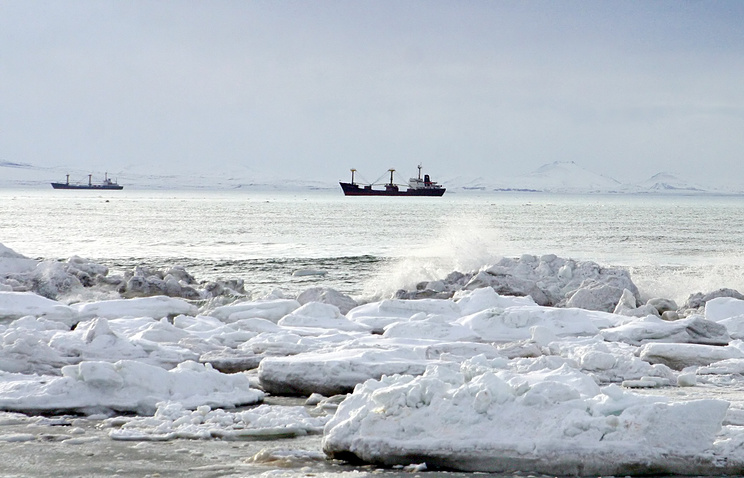 NARYAN-MAR, 20 Jun. /TASS/. New GIS system, as well as incentives and new legislative rules necessary for the development of Northern delivery. This opinion was expressed by the participants of the conference “Northern delivery – new paths and opportunities”, which ended on Tuesday in Naryan-Mar (Nenets Autonomous Okrug).

The far North regions and equated areas with limited terms of delivery of goods located in 25 regions of Russia, including eight entirely in the Arctic zone. In these areas, home to nearly 3 million people. For them, Northern delivery, lasting several months – the only way to obtain all the necessities of life over the next year.

Northern delivery – complex annual public events to ensure the territories in the far North of Siberia, the Far East and the European part of Russia basic vital goods (especially food and oil) before the winter season. Delivery is carried out by air, sea, river and road transport depending on the region.

According to experts, today the Northern delivery has become one of the most pressing social and economic problems, there is a sustainable trend of reducing the volume of supplied goods, which was one of the reasons of outflow of population from the far North. However, while a clear strategy for development of remote territories in Russia.

“Realization of the Northern delivery and improvement of its mechanisms in accordance with the requirements of innovative development of the economy without a doubt is one of the key places in the complex set by the government tasks. It is necessary to develop the infrastructure of the Northern regions of our country and to continue the creation of a modern network of transport, thereby increasing trade and tourism ties in inter-regional and international aspects of cooperation”, – said Deputy transport Minister Sergei Aristov in his address to the conference.

As noted by the Director of the project office of the “Northern delivery” Yulia Zvorykina, you must create a special system of monitoring and coordinating the work of the Northern delivery. “The transparency of the geographic information system will ensure the creation of a special electronic trading platform”, – reported in the forum’s final resolution, submitted by Zvorykina.

Such a system, as noted by the participants of the conference will not only enhance the transparency of procurement for the needs of Northern delivery, and to create a field for the optimization of freight, reduce the cost of services for the end user. As a consequence, will reduce the amount of subsidy Northern delivery from budgets of the constituent entities.

The reserve will help regions

One of the most important ideas expressed during the conference was the participation of the reserve to ensure the Northern delivery. As informed the Deputy head of the Federal Agency for state reserves (Rosrezerv) Alexander Kiryukhin, the Agency expects to begin receive a renewed supply of goods (goods which are subject to refreshment in warehouses rosrezerva – approx. TASS) in areas participating in the Northern delivery, in 2018. The goods will be supplied at a substantial discount, however, regions need to apply to the government for consideration.

The stumbling block in the system of Northern delivery is also insufficient regulatory base, experts say. From the definition of “Northern delivery”, which the law does not exist, to various acts of the special modes of delivery of cargoes to the far North and government purchases of goods.

In particular, the participants proposed to develop the Federal law “On special regime of delivery of goods to the far North regions and equivalent areas of the Russian Federation”, providing measures of the state and property support to ensure early delivery.

Experts also suggested the Finance Ministry to consider the possibility of a return of benefits for the subjects-members of the Northern delivery, which operated until 2005.

Another problem is the financing of obligations to ensure the Northern delivery. “The first and main problem (Northern delivery) – sources of funding for institutions that carry out the delivery. For fuel need to be calculated now, and the funds to be received from the public, and subsidies from the state will occur only in the course of the year,” – said at the conference the Deputy head of the administration of the Nenets Autonomous district Dmitry Rozhin.

To solve this problem, experts say, should consider priority funding of importation of products from the Federal budget.

An important component of Northern delivery today is accessibility. According to Zworykin, Arctic section is planned to include in the transport strategy of the Russian Federation until 2030 when it is adjusted.

“The program is formed, but there is an understanding that this strategic region is neglected. The Arctic macro-region is part of an integrated transport system of the Russian Federation, the country’s leadership attaches to the development of the Northern sea route, transportation in the Arctic, the creation of new vehicles. Most likely, adjustments will be in different sections of the strategy, but it will be a special section on Arctic transportation,” she said.

Andriy Kushnirov, Deputy Director General for water transport, OOO “Oboronsertifika” said that the annual increase in military construction over the next 10 years will be at least 10-15%, in connection with the further development of the transport system of the Ministry of defense of Russia in the Arctic zone will be aimed at improving the quality and efficiency of problem solving and must meet the growing volume of military shipments.

“Until the end of June this year, will sign the decree of the government of the Russian Federation, providing for the definition of OOO “Oboronsertifika” as the one carried out by the Ministry of defense of Russia in 2017-2018 procurement of works (services) connected with transportation by sea transport of troops and cargo in the Arctic and the Kuril island area,” said Kushnirov.

In addition, to solve the problem of transport accessibility and innovation transport, said the head of the international scientific-educational center “the Arctic transport system and technologies”, Moscow state University of railway engineering Alexander Vylitok.

He explained that currently already designed and actually operated a new form of transport is a high speed amphibious transport (ICA). “This form of transport provides year-round passenger and freight transport in almost all regions of the Russian Federation and is little affected by weather and climatic conditions, does not require arrangement of tracks of movement,” he said.

The development of local energy

As noted by Zworykin, serious problems of the territories included in the area of Northern delivery are transport availability and long distances, but also communication and energy. “If we develop local energy and to ensure a sufficient level of modern communication, to the “digitalization”, and the transport will run significantly more efficiently,” she explained.

As told during the conference, associate Professor of the Department of state regulation of economy of the Russian Academy of national economy and public administration (Ranepa), Alexander Vorotnikov, to help energy development in the territories of the far North can technology microgrids (micro grid, local power system – approx. TASS). “In the Arctic energy infrastructure is a high energy consumption and low efficiency. To solve this problem requires distributed power, for example, microgrid, which find wide application in the world and are used for rural settlements, isolated territories,” – said the expert.

According to him, the microgrid can have any configuration, for example, be associated with the residential area.

“Energy sources can be different – the wind, the sun, generation, which works on carbon materials. Microgrid can be used to provide energy for the industrial consumers, including military and secret facilities,” said Vorotnikov.

Also, according to forum participants, the development of the Northern territories can help lower premiums for small and medium-sized enterprise whose business is localized in the far North, in size, compensating them for additional costs.

Following the conference, was adopted a final resolution for submission to the Chairman of the state Commission on development of the Arctic, Dmitry Rogozin, ministries and departments of the Russian Federation, involved in the realization of the Northern delivery.