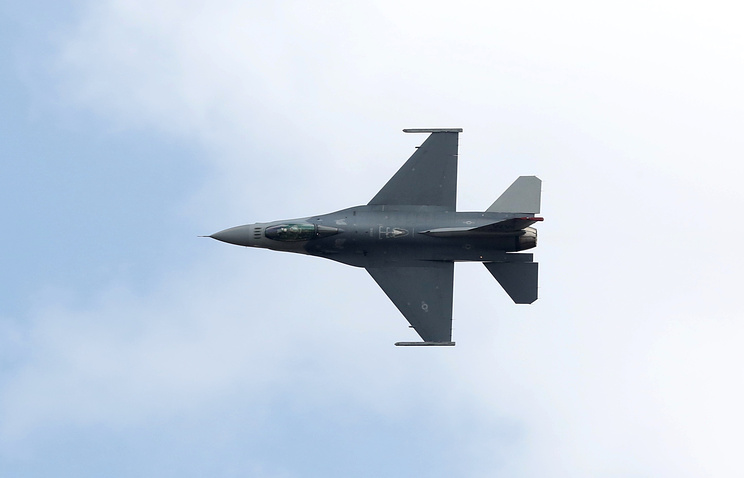 Contractors will be able to implement this agreement, provided that this American company will win the tender for the supply of from 100 to 250 aircraft for the Indian air force, which was announced in October last year, the newspaper reported the Economic Times.

“The Tata Group expects to receive multi-billion dollar contract if Lockheed Martin wins the tender and the Ministry of defence of India will choose the Tata Group as a strategic partner for the production of aircraft,” – said a source in Indian defense Ministry.

In a joint statement, the potential parties to the agreement emphasized that “this is an unprecedented production partnership between the world’s largest defense contractor and a major industrial conglomerate of India provides the country an opportunity to produce, exploit and export aircraft F-16 modification Block 70, the latest and most advanced version of the successful fighter, proven by time”.

The parties argue that moving the production base from Texas to India is not contrary to the policy of the new US administration on the preservation of jobs and at the same time meets the requirements of the Indian leadership to produce the most important products of strategic importance within the country.

They claim, “the transfer of production of the F-16 will retain thousands of jobs Lockheed Martin in the United States, will build a new manufacturing facility in India and will give the industry the opportunity to take its rightful place in the centre of the vast structure of deliveries of fighters in the world.”

The release of the F-16 in India will the division of industrial group Tata Advanced Systems Ltd (TASL). With Lockheed Martin it is already cooperating in the framework of the joint venture, which produces in Hyderabad various components, including military transport aircraft C-130J Super Hercules and Sikorsky helicopters S-92.

The signing of the agreement occurred on the eve of the visit of Prime Minister of India Narendra modi in the US, where on 26 June to be held a meeting with the head of the American administration by Donald trump.

The long-term production Alliance Lockheed Martin and Tata Group can be considered further evidence of a rapidly developing military-technical cooperation of India with the developed countries, primarily the United States. Contacts new Delhi with Lockheed Martin and Boeing, meanwhile, already have some history.

Thus, in accordance with the prisoners previously expensive contracts with these leading American aircraft manufacturers India gets military transport aircraft C-17 Globemaster 111 and C-130J-30 Super Hercules, as well as preparing for the acceptance of aerial hunters-submarine warfare aircraft P-8I Poseidon, and the Indian armed forces and aircraft of the U.S. Navy will get them at the same time. In the program of the Indian procurement of the PTS also includes American attack helicopters Ah-64 Apache, and heavy transport CH-47 Chinook. This aircraft comes to replace the armament of the Indian air force airplanes and helicopters are Russian-made Il-76, Tu-142, Mi-35 and Mi-26.

Not less actively India is collaborating with France, which has purchased several dozen fighters Mirage-2000 and will soon begin to light French fighter Dassault Rafale, which won the international tender to supply new Delhi combat aircraft in this class.

Diversifying the sources of arms imports, India is willing to co-operate with other major exporters of military products, including with South Africa and South Korea, activates this interaction with Israel and Japan, which have not yet taken the national restrictions on the export of arms, but stepped up military-technical contacts with new Delhi.

While India has created an unprecedented density of competition, thereby seeking the best price conditions and gets access to the latest technologies that are closely associated with the new policy of the government of Prime Minister modi Narendra “Made in India” and also a priority for new Delhi industrial-technological motivation, namely, to access to advanced foreign technologies, the creation or upgrading of new high-skilled jobs.

In this sense Russia, as to her former Soviet Union, for half a century contributes to the implementation of “Made in India”, giving the Republic license for production of arms in its industrial base. At the same time Moscow continues to cooperate with India not only in the field of tactical nuclear weapons, but also in the segments of sub-strategic and strategic systems. Classic examples of such cooperation can be considered leasing the Indian Navy’s Soviet and Russian nuclear submarines, the construction for the Navy of India’s aircraft carrier Vikramaditya.

Evidence of successful military-technical cooperation of the two countries can also be considered as a joint project of the creation of supersonic missiles BrahMos, licensed production in India of a multifunctional fighter su-30MKI, the development of combat aircraft fifth generation FGFA. According to experts, in the near future Russia and India will begin to create a prototype of the Russian-Indian market of military products, in which the Indian side will act as an equal partner of Russia on creation of new technologies and products.