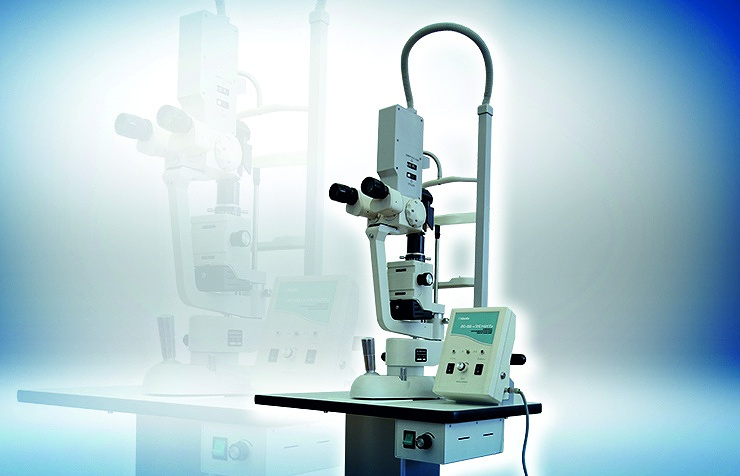 MOSCOW, June 20./TASS/. Holding “Schwabe” state Corporation “rostec” will launch in the fourth quarter in the serial production of new ophthalmic the Zenith complex for eye microsurgery. About it reports on Tuesday the press service of the holding.

“Eye complex “Zenith” has successfully passed the state registration in Roszdravnadzor and will appear in the medical institutions of Russia in the IV quarter of 2017″,- stated in the press service of the holding.

New product – a set of LS-02-“Zenit” – created 80% of Russian components. With the help of specialized clinics will be held microsurgical ophthalmic surgery. Thanks to the system, ophthalmologists will be able to carry out most common operations, including the elimination of secondary cataracts and glaucoma.

“The retail price of the complex amounts to about 900 thousand rubles, which is significantly below the cost of analogues produced in Japan, USA and other countries”, – said Deputy General Director of the shvabe Ivan Aggain.

He noted that “clinical trials of a new medical complex in CDB Sciences confirmed its reliability and ease of use, and compliance with international quality standards and safety requirements”.

“All treatments are carried out by non-invasive (does not require penetration) precision (precision) destruction of tissue by the focused beam of pulsed YAG-laser”, – said the developers of the complex.

In the production of new products of the holding “Schwabe” is used superior optics, which provides the best picture quality and full delivery of laser radiation. The company noted that the interest in the product shown by the specialists of the ophthalmology Department of the branch of the Third Central military clinical hospital im. A. A. Vishnevskogo Ministry of defense of Russia and a number of other specialized clinics.

Holding “Schwabe” is a state Corporation “rostec” and brings together several dozen organizations, including 19 companies of the optical industry. The holding enterprises produce a full range of optronic and laser technology in the interests of national defense, state security and public safety.

The portfolio of intellectual ownership of the holding is 1886 units. The product range of shvabe exceed 6,500 units and comes in 95 countries of the world. Today representative offices of the holding company are China, Germany, Switzerland and Belarus.