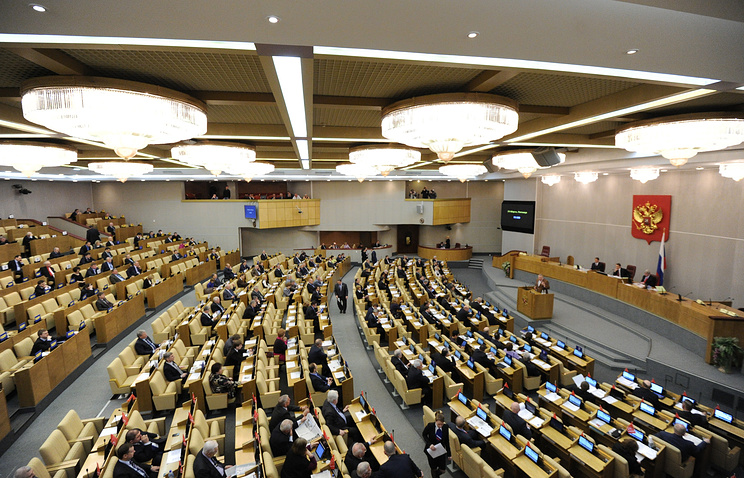 MOSCOW, June 20. /TASS/. The government brings in a bill on a new design of fiscal rules with a cut-off price at the level $40 per barrel. About it reports a press-service of the government.

According to the report, the bill “aims to reduce the impact of market energy on macroeconomic parameters and the state of public finances, the establishment of quantitative restrictions on key budget performance and balance the Federal budget”.

The bill, in particular, the marginal expenditures of the Federal budget in the next financial year and planning period, which cannot exceed the amount of oil and gas revenues calculated on the basis of underlying oil prices (so-called the cut-off price), the base export prices for natural gas and a projected exchange rate projected volume of non-oil revenues and projected expenditures for public debt service.

“The base price for the oil under the bill is set at $40 per barrel of Urals oil prices in 2017 and is subject starting in 2018 the annual indexation of 2%”, – stated in the message of the Cabinet. Budget revenues from oil exports above this base price subject to assignment to the Reserve Fund of the Russian Federation.

At the same time, given the decline in oil prices and the formation of structurally stable in the long run prices corresponding to the base incorporated in the calculation of Federal budget revenues in 2017-2019, the bill proposes to repeal provisions of the Budget code concerning the normative value of the reserve Fund. The introduction of a new version of the budget rules is expected from 1 January 2018, that is, the formation of the main parameters of the Federal budget for 2019 and subsequent periods.

Provided for in the bill the method of determining the maximum expenditure limit baseline level of borrowing costs for debt service, which will provide a stable dynamics of government debt relative to GDP, according to the material of the Cabinet.

The bill also requires the suspension until 1 January 2018 application of norms of the Budget code, which establishes the procedure for approval of conditionally approved expenses of the Federal budget for the first and second years of the planning period.

The bill provides transitional provisions for 2018 that will govern the process of preparing the draft Federal law on the Federal budget for 2018 and the planning period of 2019 and 2020. According to them, total Federal spending in 2018 do not exceed the amount of revenues less oil and gas revenues calculated on the basis of projections of oil prices and export gas prices and the US dollar to the ruble, and oil and gas revenues calculated on the basis of the above indicators and forecast cost of servicing the public debt increased by 1% of the projected GDP for 2018. This will provide conditions for the introduction of a new design of budget rules, confident in the Cabinet.

“The proposed new design of fiscal rules aimed at further reducing the dependence of Federal budget on oil prices in the performance of all obligations of the state regardless of short – or medium-term fluctuations in oil prices and the phase of the long-term commodity cycles. This will contribute to a predictable macroeconomic environment and by the Bank of Russia policy of targeting inflation”, – concluded the press-service of the Cabinet.