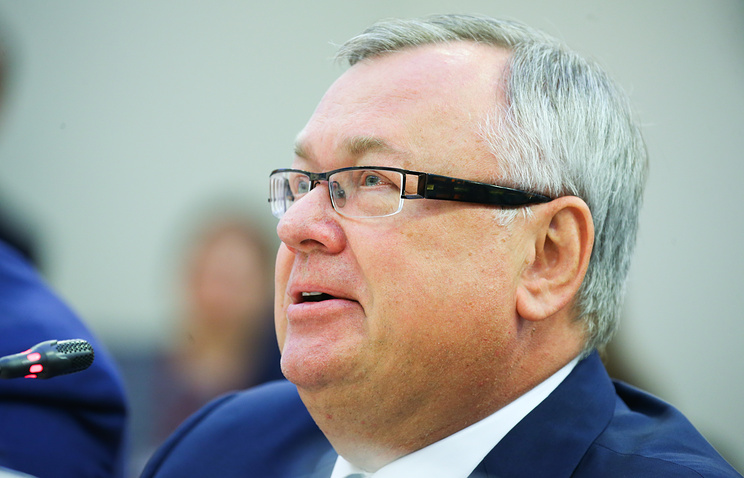 LONDON, June 20. /TASS/. The weakening of the ruble in the current environment will not be long, said the head of VTB Andrey Kostin on the sidelines of the London session of the forum “Russia calling!”. Forecast of VTB by the end of 2017 – 58 rubles per $1.

“We believe that the weakening of the ruble will be small. At the end of the year, our analysts see the rouble at the level of 58 rubles to the dollar – about 3-5% attenuation, not more. We do not expect a terrible jump to one side or the other,” – said Kostin.

On Tuesday at the auction of the Moscow stock exchange the dollar exchange rate increased by 60 cents to $ 59,04 ruble, surpassing the mark of 59 rubles for the first time since March 15, 2017.

As was stated by the Minister of economic development of the Russian Federation Maxim Oreshkin, the Ministry expects a gradual weakening of the ruble against the background of toughening of monetary-credit policy of the USA and the fed increasing the base rate to 1-1. 25%.

In addition, VTB expects that the net profit of the Russian banking sector in 2017 will increase to 1.4-1.5 trillion rubles, said Costin.

“We are entering a period of growth in the banking sector. Net income forecast is expected to grow from 900 billion rubles last year to 1.4-1.5 trillion rubles,” said Kostin.